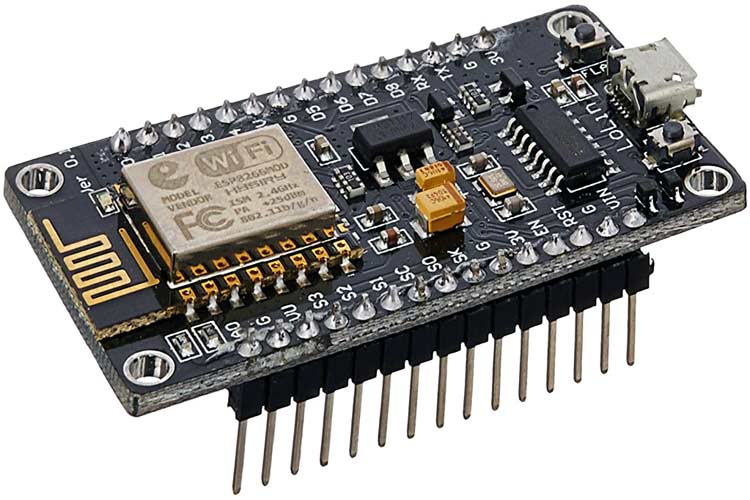 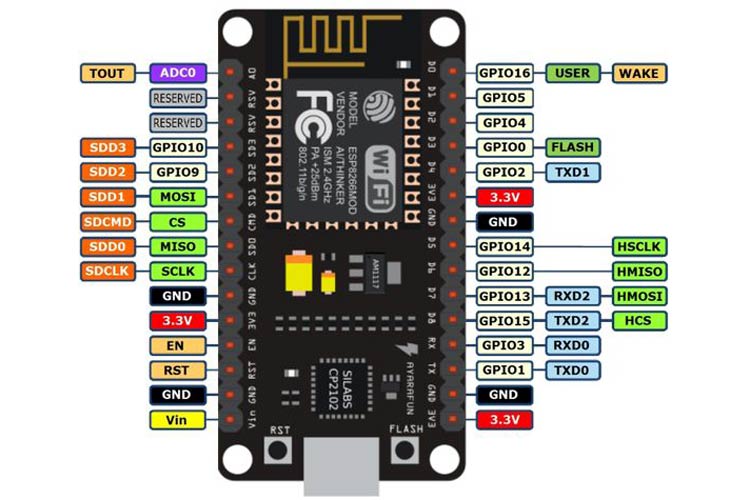 NodeMCU is an open-source Lua based firmware and development board specially targeted for IoT based Applications. It includes firmware that runs on the ESP8266 Wi-Fi SoC from Espressif Systems, and hardware which is based on the ESP-12 module.

The NodeMCU Development Board can be easily programmed with Arduino IDE since it is easy to use.

Once Arduino IDE is installed on the computer, connect the board with the computer using the USB cable. Now open the Arduino IDE and choose the correct board by selecting Tools>Boards>NodeMCU1.0 (ESP-12E Module), and choose the correct Port by selecting Tools>Port. To get it started with the NodeMCU board and blink the built-in LED, load the example code by selecting Files>Examples>Basics>Blink. Once the example code is loaded into your IDE, click on the ‘upload’ button given on the top bar. Once the upload is finished, you should see the built-in LED of the board blinking.