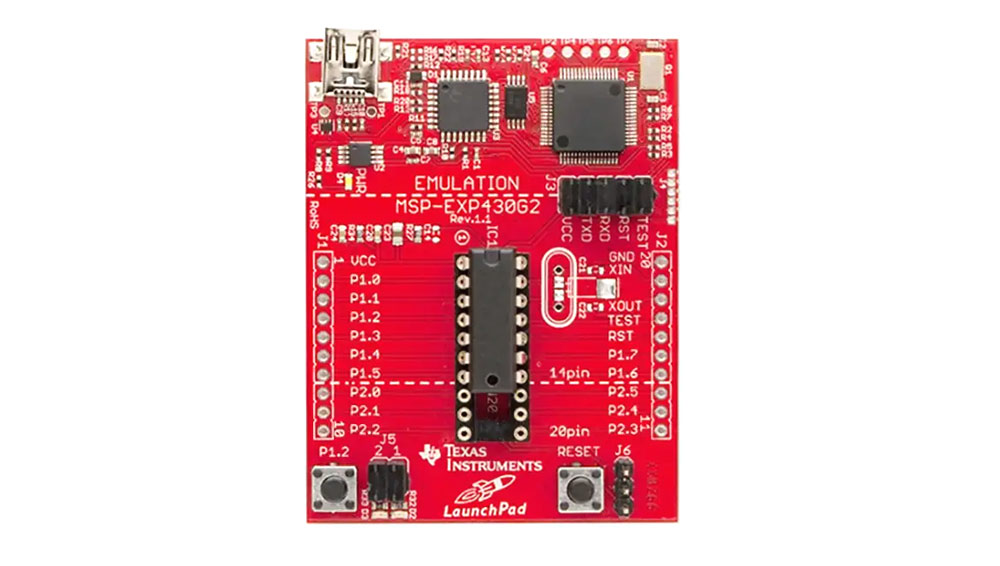 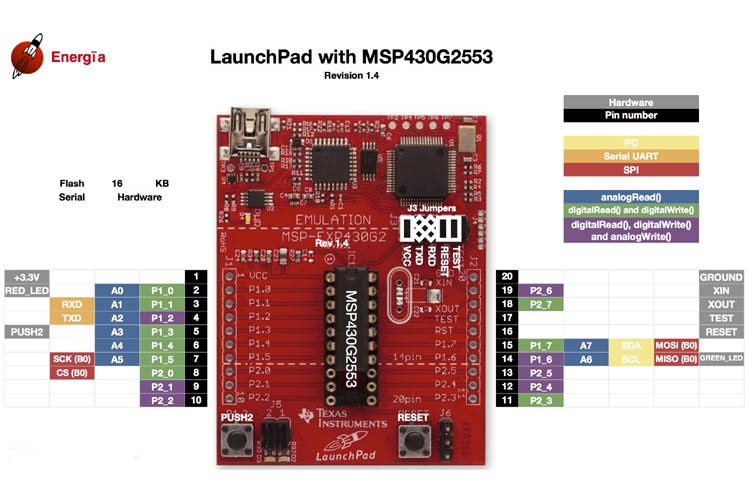 MSP430 Launchpad is a hardware development tool for the MSP430 Value Line series of microcontrollers and is popular among hobbyists for its low cost and features. It is an easy way to start developing on the MSP430 MCUs, with on-board emulation for programming and debugging as well as buttons and LEDs for a simple user interface.

There are few ports present on the board as shown in the MSP430 pinout and the functions of these ports are described below:

Note: More technical information can be found in the MSP430 Datasheet, linked at the bottom of this page.

The MSP430 board can be used for programming many controllers, but there will be two microcontrollers available with the development board, so we will mention features of them below:

How to use MSP430 Launchpad

Similar to Arduino, we need IDE software for interfacing the board to PC and programming the microcontroller seated in it. There are two IDE software available for the MSP430 launchpad and the link of both are given below:

In both IDE using energia is easier, as the software is developed based on arduino IDE and they share similar programming feel. So for those who are familiar with arduino will fell energia IDE similar and helpful.

Once you download the IDE software, install it in your PC and do it with administer rights for avoiding future troubles. Run the installed program and connect the development board to the PC using the cable provided along with the kit. The PC will detect the board automatically after connecting. Once detection in done, go to the example programs in the IDE and choose blinking program to execute. Once it is done, the IDE will debug the blinky program for error and after successful compilation, the program will be transferred to microcontroller in the board. Once the program is transferred, the microcontroller executes the blinky program saved in its flash memory and we will see the LED present on the board blinking. 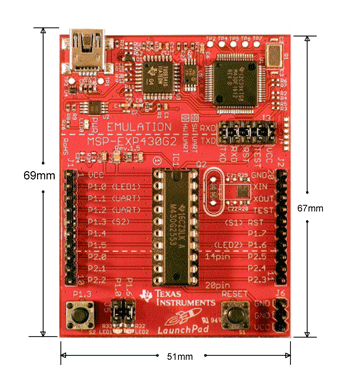