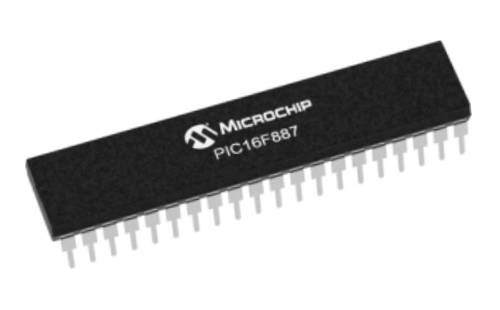 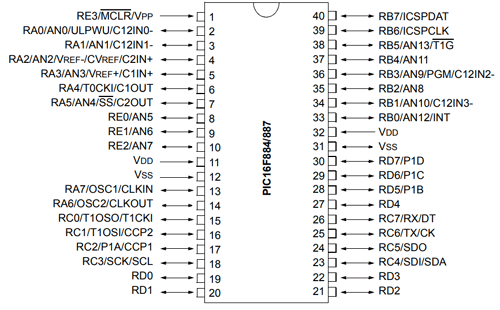 Note: The PIC16F887 datasheet of the Microcontroller and more detailed Features can be found at the bottom of this page.

It can operate at a speed of upto 20MHz with external oscillator and also has precision internal oscillator tunable between 8MHz to 32kHz. The IC supports nanoWatt technology allowing it to consume very low power and operate in Power-Saving sleep mode. It also have a wide operating voltage from 2V to 5.5V making it suitable for battery powered applications.

How to select your PIC Microcontroller

Microchip provides a wide verity of Microcontrollers from PIC family. Each MCU has its own advantage and disadvantage. There are many parameters that one has to consider before selecting a MCU for his project. The below points are just suggestions which might help one to select a MCU.