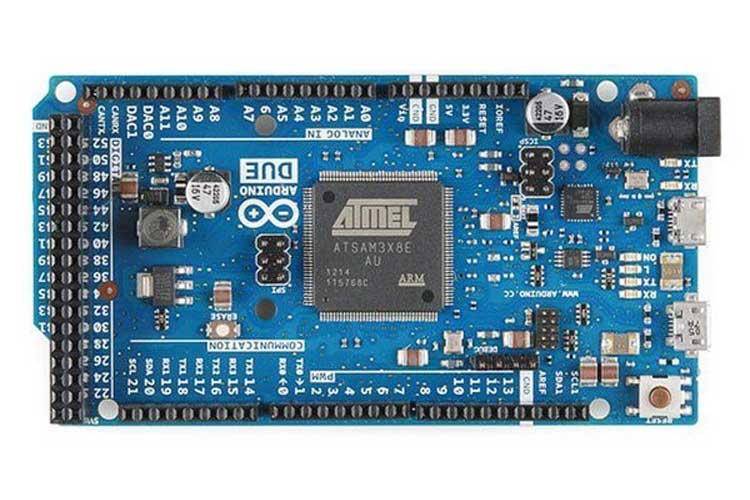 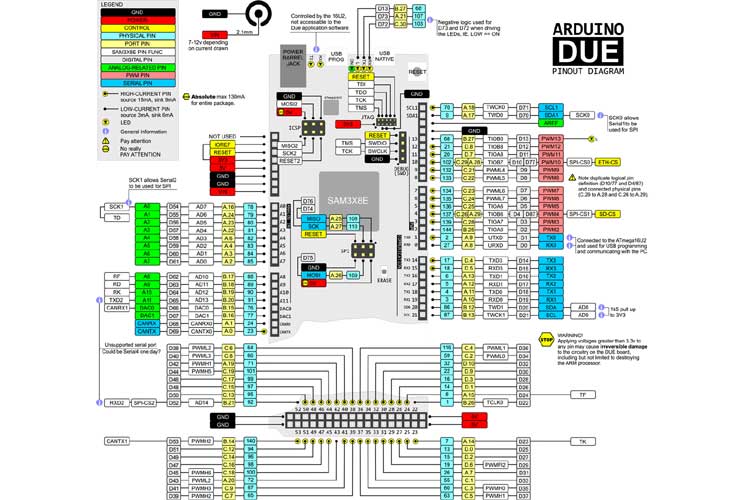 ARDUINO DUE board is one of the most powerful development boards in the ARDUINO series. DUE board not only has tons of features but also has terrific processing speed making it suitable for advanced applications. It could be considered as a professional board considered UNO as a beginner board. DUE board also developed on ARM controller series whereas other boards are developed on ATMEGA controller series.

Where to use ARDUINO DUE

Although ARDUINO boards are usually popular, DUE is least popular because of controller being ARM and I/O pins +3.3v OUTPUTS are not compatible with most sensors. Though it is least popular, it is most recommended when designing complex systems like CNC or 3D printer. Also, the ARDUINO DUE is an open source platform where one can get all related data and original module schematics. So you can customize the system depending on the need.

There are few cases where DUE is chosen over other Arduino Boards:

Case1: Where the system processing is huge. UNO or NANO are boards, which have a maximum clock speed of 16 MHz, so they can perform functions limited to their capabilities. They cannot process high end programs for applications like 3D printer. With 84MHz clock speed more than five times speed of UNO, DUE could do process more data than UNO or NANO.

Case2: Where you need to connect more peripherals. DUE has over 54 I/O pins. So when there are many peripherals in an application using DUE is ideal.

Case4: With many PWM and ADC outputs, DUE can run application program which cannot be solved by other ARDUINO.

Case5: With CAN interface, DUE can be used on systems with high Electromagnetic Interference where other communications may fail. This facility is not present on other ARDUINO BOARDS.

How to use ARDUINO DUE

DUE is used similar to any other development board. All that needs to be done is programming the controller and provide the appropriate peripheral to get system running. We will discuss the programming of DUE in step by step below. 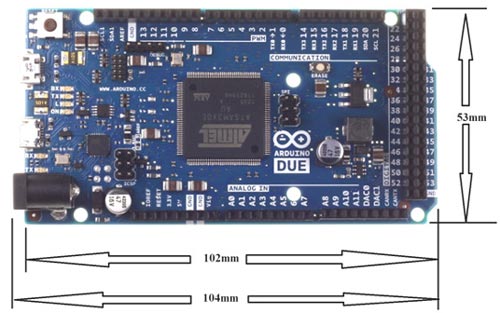 Component Datasheet
Getting Started with Arduino Due