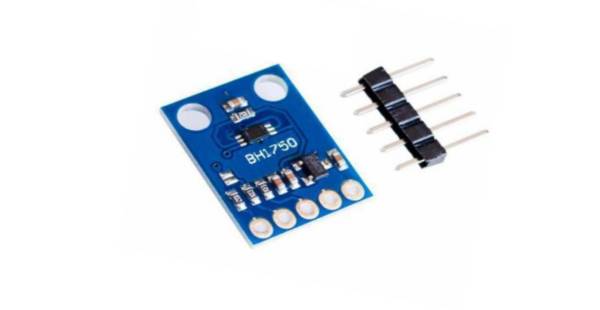 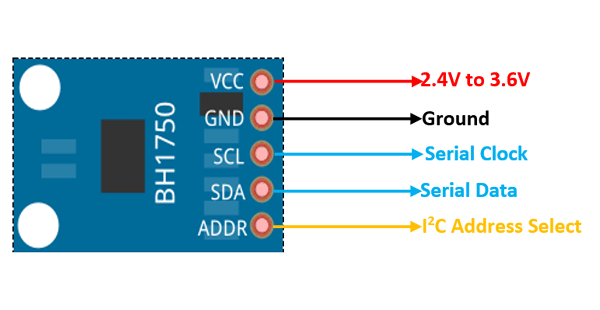 BH1750 is a digital ambient light sensor that is used commonly used in mobile phones to manipulate the screen brightness based on the environment lighting. This sensor can accurately measure the LUX value of light up to 65535lx.

Where to Use BH1750 Light Sensor

The BH1750 is a light intensity sensor that can be used to adjust the brightness of display in mobiles and LCD displays. It can also be used to turn the headlights of cars on/off based on the outdoor lighting. The sensor uses I2C communication protocol so that makes it super easy to use with microcontrollers. The SCL and SDA pins are for I2C. There is no calculation needed to measure the LUX value because the sensor directly gives the lux value. Actually, it measures the intensity according to the amount of light hitting on it. It operates on voltage range of 2.4V-3.6V and consumes really small current of 0.12mA. The results of the sensor does not depends upon the light source used and the influence of IR radiation is very less. There are very less chances of any error because the variation in measurement is as low as +/-20%. 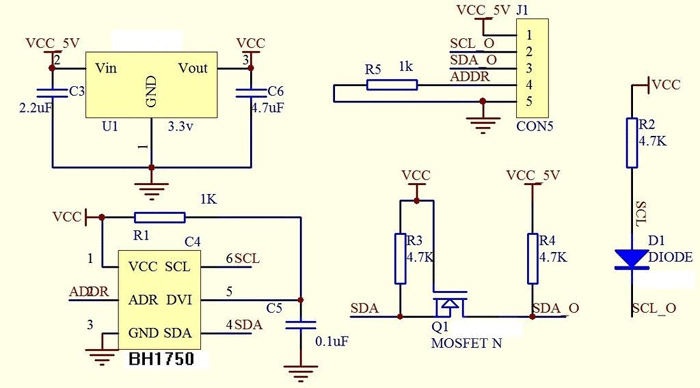 Hardware of the BH1750 is very simple. The main component is BH1750FVI IC. The module works on 3.3V so a voltage regulator is used. For I2C lines a pull up resistor of 4.7K is used.

We get the lux values from BH1750 through I2C bus. The ADC in the IC converts the analog illuminance to the digital lux value. Now this data is transferred to microcontroller with the help of I2C pins SCL and SDA. The SCL is used to provide the clock pulse and the SDA is used to transfer the lux value. The IC uses a photodiode which gives the response equivalent to the human eye. There is also an internal oscillator in the IC which is used for the clock of internal logic of the IC.