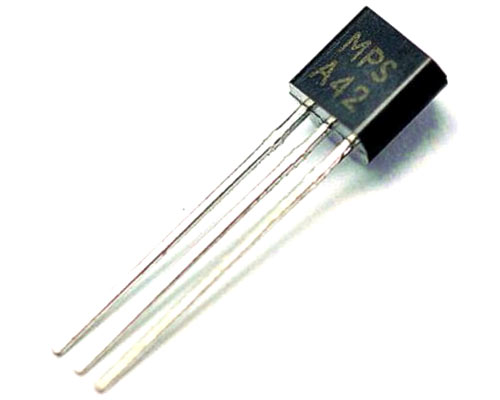 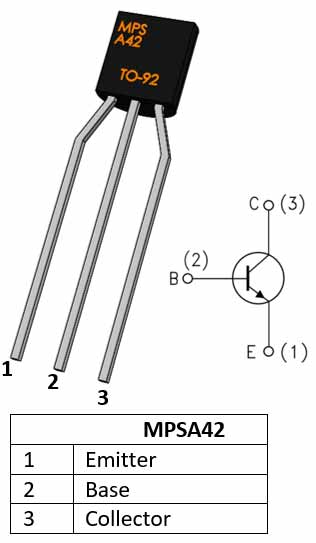 Note: Complete Technical Details can be found at the MPSA42 datasheet given at the end of this page.

MPSA42 is a NPN transistor hence the collector and emitter will be left open (Reverse biased) when the base pin is held at ground and will be closed (Forward biased) when a signal is provided to base pin. It has a gain value of 30; this value determines the amplification capacity of the transistor normally MPSA42 will not be used for amplification due to its low gain value. The maximum amount of current that could flow through the Collector pin is 500mA, hence we cannot drive loads that consume more than 500mA using this transistor. To bias a transistor we have to supply current to base pin, this current (IB) should be limited to 5mA.

When this transistor is fully biased then it can allow a maximum of 500mA to flow across the collector and emitter. This stage is called Saturation Region and the typical voltage allowed across the Collector-Emitter (V­CE) or Collector-Base (VCB) could be 300V and 300V respectively. When base current is removed the transistor becomes fully off, this stage is called as the Cut-off Region.

Where to use MPSA42:

The MPSA42 is a high voltage NPN transistor. A transistor can normally be used as a switch or amplifier, but this transistor is commonly is used only for switching purpose since it has a low gain value of 30. The MPSA42 can turn on or turn off high voltage loads (upto 300V) hence they are commonly used for heavy loads or loads that have high peak voltage. Also note that the collector current of the IC is 500mA (0.5A) hence you cannot drive loads which might consume high current. It has a Base-Emitter voltage of 6V hence it can be controlled easily using microcontrollers or other digital electronics.

So if you are looking for an NPN transistor that could switch high voltages with a decent current flow then the MPSA42 transistor might be the right choice.

MPSA42 transistor is normally used to switch high voltage loads or loads that have high peak voltages. When a transistor is used as a switch it is operated in the Saturation and Cut-Off Region as explained above. As discussed a transistor will act as an Open switch during Forward Bias and as a closed switch during Reverse Bias, this biasing can be achieved by supplying the required amount of current to the base pin. As mentioned the biasing current should maximum of 5mA. Anything more than 5mA will kill the Transistor; hence a resistor is always added in series with base pin. The value of this resistor (RB) can be calculated using below formulae. 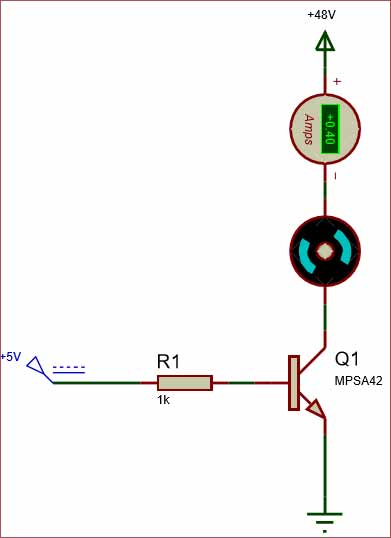 2D model of the component:

If you are designing a PCB or Perf board with this component then the following picture from the MPSA42 transistor Datasheet will be useful to know its package type and dimensions. 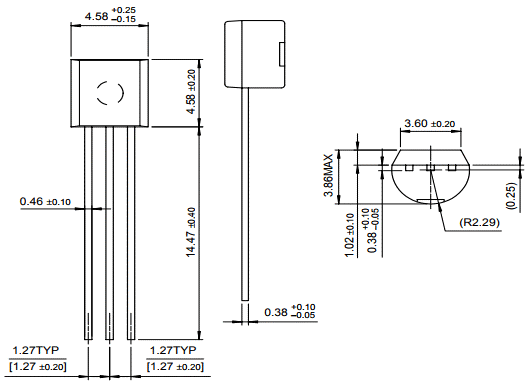