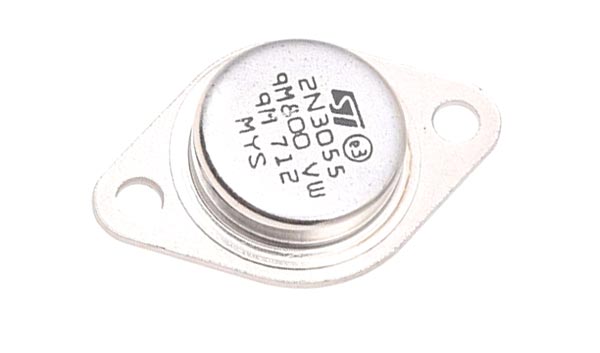 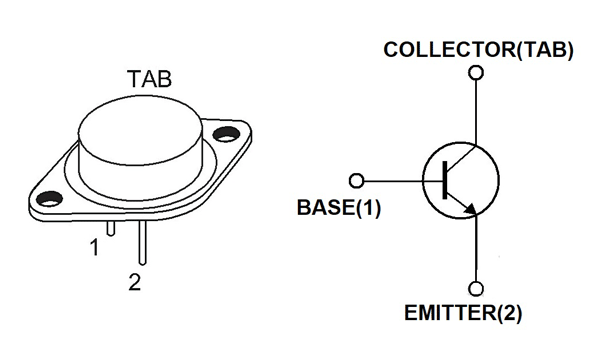 2N3055 is a general purpose NPN power transistor manufactured with the epitaxial base process, mounted in a hermetically sealed metal case. The device is designed for general purpose switching and amplifier applications.

Like any other transistor 2N3055 has three pins namely EMITTER, BASE and COLLECTOR. The pin configuration of 2N3055 is given below.

2N3055 is preferred when you want a simple switching device for medium power loads. 2N3055 is one of the basic transistors available in the market for cheap and with features being suited for many applications.

As mentioned earlier the 2N3055 can be used for any NPN transistor applications but for understanding the functioning of device let us consider a simple application circuit as shown below. Here we are going to use 2N3055 as a simple switching device to drive a motor and is in common emitter configuration. 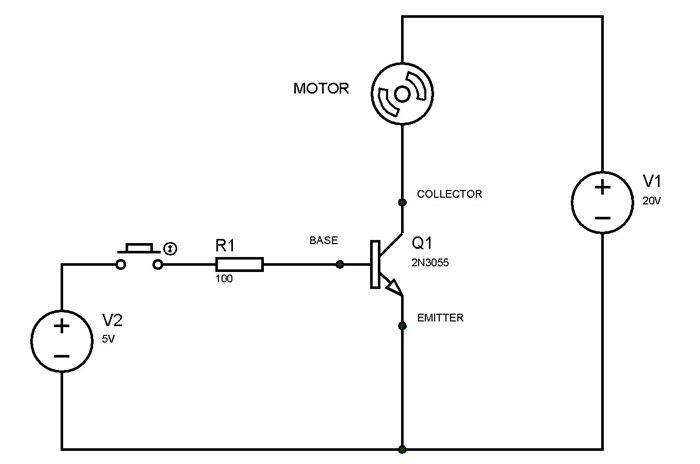 As show in circuit we are using a motor as the load and the gate signal for turning ON the transistor is provided by 5V source with button being the triggering device. The trigger source and power source must share a common ground for the circuit to work. The 100Ω resistor is provided for limiting the current through base.

Under initial conditions the button will be open and no current flows through the base of transistor. With no base current the transistor acts as open circuit and the entire supply voltage V1 will appears across it.

After a certain time when the button is released the base current becomes zero and the transistor gets turned OFF. With transistor going to high resistance state in OFF mode, the collector current also becomes zero bringing motor to stop.

The way of controlling power motor via simple push button realizes the use 2N3055 as a switching device and in the same way we can use 2N3055 in other transistor circuits. 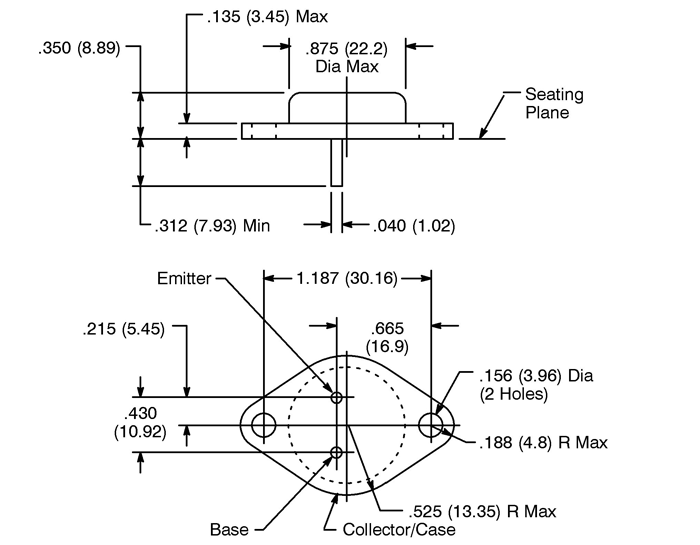