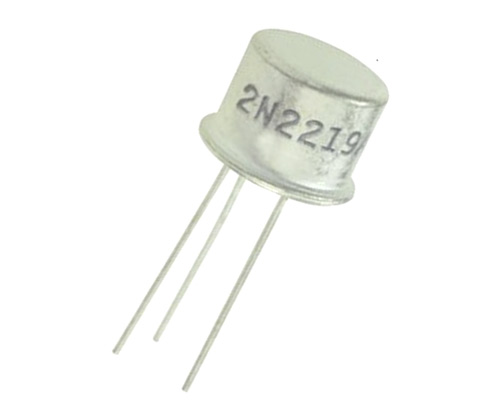 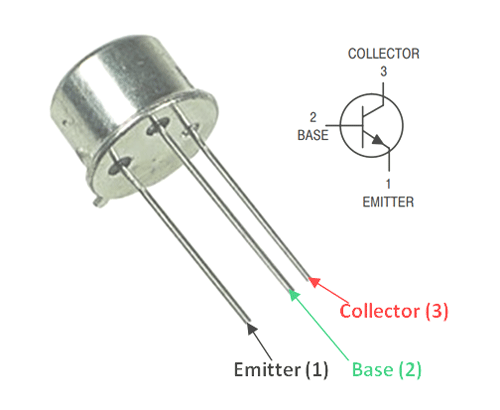 Note: Complete Technical Details can be found in the 2N2219 datasheet given at the end of this page.

2N2219 is a NPN transistor hence the collector and emitter will be left open (Reverse biased) when the base pin is held at ground and will be closed (Forward biased) when a signal is provided to base pin. 2N2219 has a gain value hfe of 50; this value determines the amplification capacity of the transistor. The maximum amount of current that could flow through the Collector pin is 800mA, hence we cannot connect loads that consume more than 800mA using this transistor. To bias a transistor we have to supply current to base pin, this current (IB) should be limited to 5mA by using a transistor to the base pin.

When this transistor is fully biased then it can allow a maximum of 800mA to flow across the collector and emitter. This stage is called Saturation Region. When base current is removed the transistor becomes fully off, this stage is called as the Cut-off Region and the Base Emitter voltage could be around 600 mV.

Where to use 2N2219 Transistor

The 2N2219 transistor is very much similar to the commonly used NPN transistor 2N2222. But it comes in a metal can package and can operate on voltages slightly higher than what a 2N2222 can handle. Overall it is just another small signal transistor which is commonly used in switching and amplifying circuits.

So if you looking for an NPN transistor that could switch loads or for decent amplification then 2N2219 might the right choice for your project. 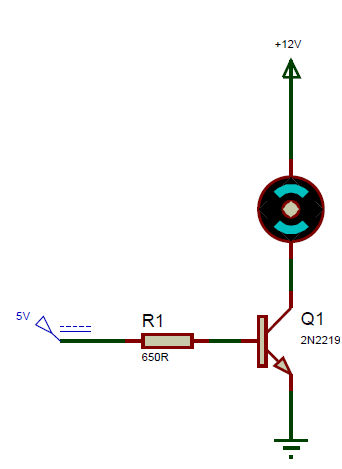 In our case for a collector current of 800mA we have to pass a base current of 16mA. So to calculate the resistor value of the base we can use the formulae

Where Vcc is the voltage on which the load operates and VBE is the voltage across the Base and Emitter which in our case according to the data sheet 1.3V. So the value if RB will be

However this vale will not be very accurate because the transistor will have an internal voltage drop across the collector current, so it mostly experimental to get the maximum current from the transistor.  But this calculation will lead to the closest value to start with.

If you are designing a PCB or Perf board with this component then the following picture from the 2N2219 Datasheet will be useful to know its package type and dimensions. 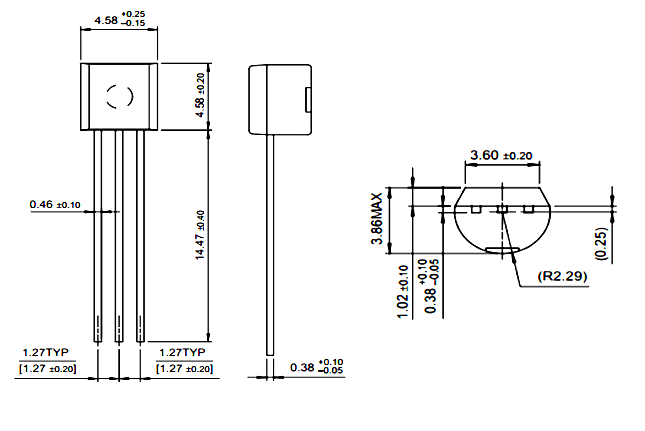