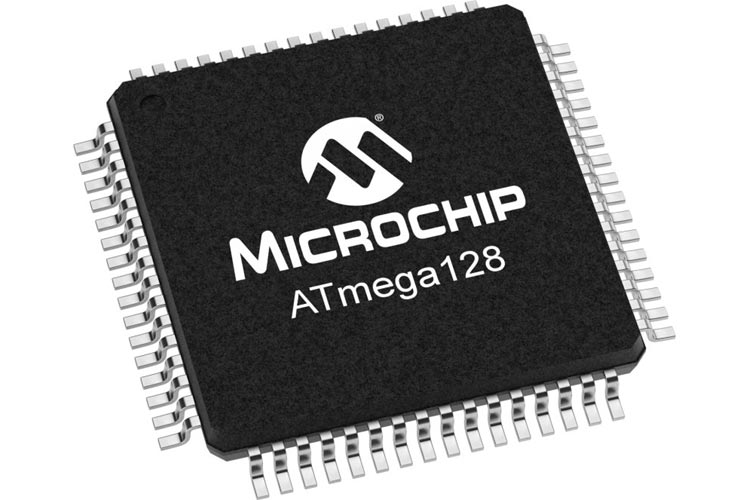 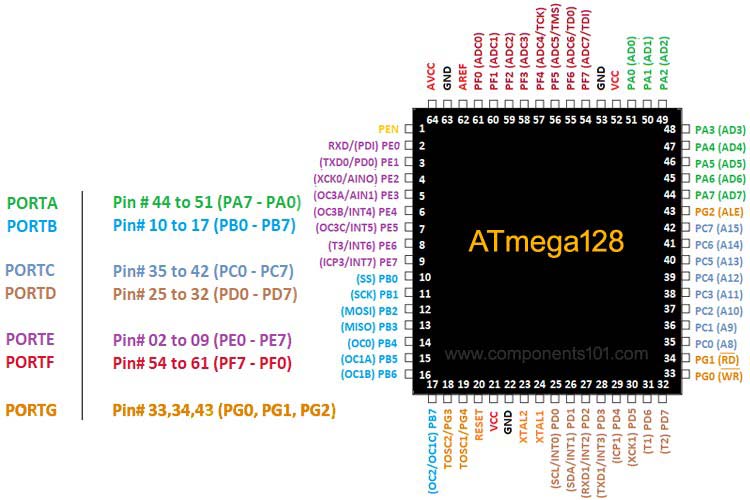 ATMEGA328P is a 64 pins chip as shown in the pin diagram above. Many pins of the chip here have more than one function. We will describe the functions of each pin in the below table.

Note: Check the ATmega128L Datasheet attached at the bottom of the page for more information on compatibility mode.

ATmega128L is a microcontroller that needs to be programmed otherwise it will do nothing like every other microcontroller out there. Without a program, this IC will do nothing but consume current to run internal functions. There are various ways to program an ATmega128L microcontroller, the most popular way is to use a USBasp Programmer with AVRDude as a programming interface, you can build and compile your program in order to get a HEX file. When you get your HEX file you can dump the HEX on this IC with the help of the AVRDUDE Program. Another way to program this device is to use the Arduino as ISP Programmer, if you have an Arduino in hand you can search the web for numerous examples of how to do so. The next option is for those who do not have an Arduino or an USBasp Programmer, this process is called is Parallel Programming, you have to use the Parallel Port which is only available in older Desktop PCs, if you do not have the port, you can always purchase a PCI Parallel port converter for cheap.

As we have said earlier the Atmega128L is not that popular in comparison to Arduino, although there is an old version of Arduino that uses the ATmega128L as its main Controller. As the price of this controller is less than the ATmega328P along with a program memory of 32 Kbytes. This microcontroller can be used in many battery-powered applications with a watchdog timer to reset under error. It can be used on systems with minimal human interference and also has an advanced multi-mode PWM output that can be used for many different applications. The block diagram of the ATmega128L is shown below- 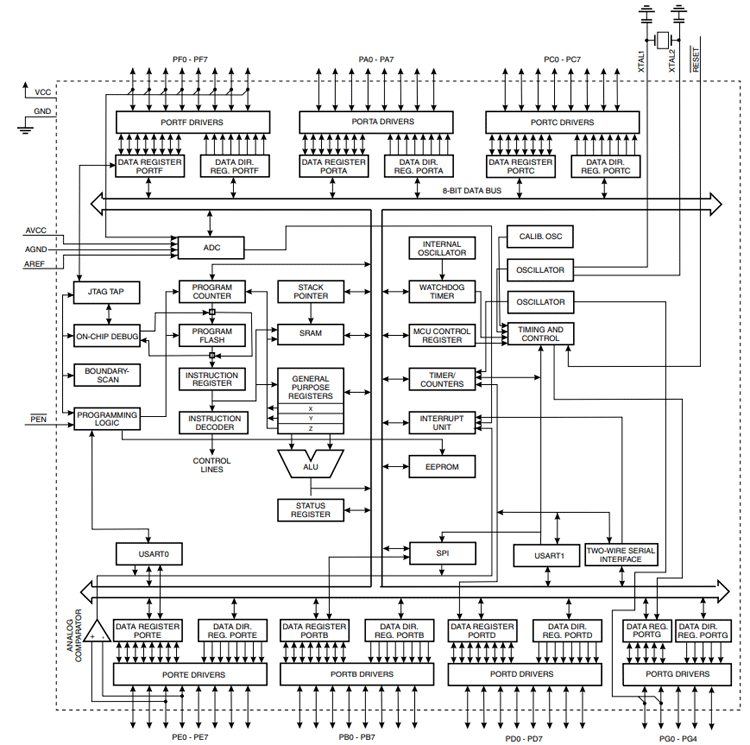 There are hundreds of applications for ATMEGA328P:

Below is the 2D model of the IC along with its dimensions in inches(millimeters). The following information can be used to design the custom footprints and be used for PCB designing and CAD modeling. 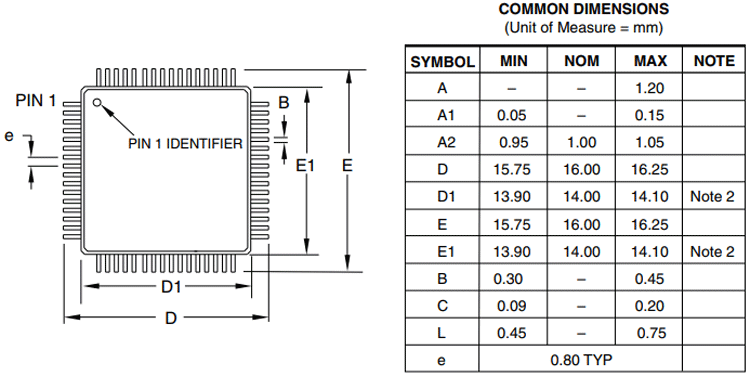