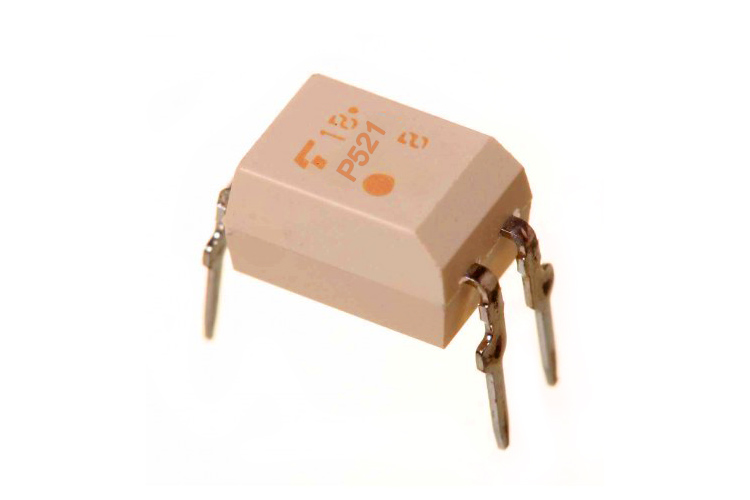 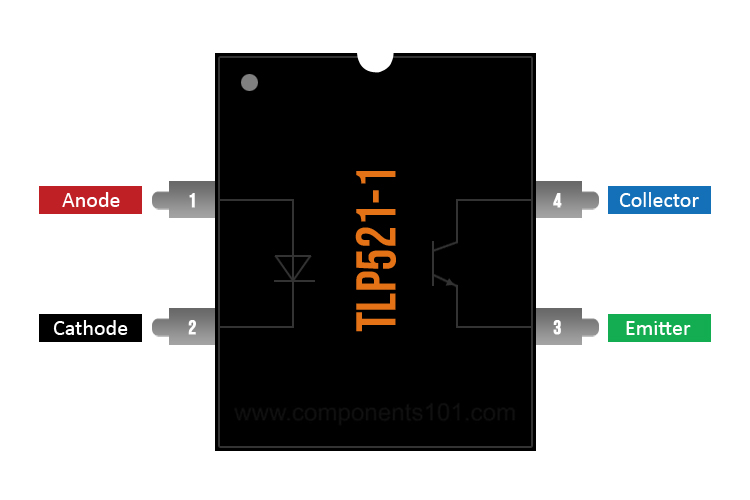 The Toshiba TLP521-1 consists of a photo-transistor optically coupled to a gallium arsenide infrared emitter diode. This device can be used for applications where galvanic isolation is necessary, like Switch Mode Power Supply, relay driver board, etc.

Note: More details can be found in the TLP521 datasheet given at the end of this page.

The TLP521 is an optocoupler that has a photo-transistor which is controlled based on light (photon). And on the opposite side, it has an IR (infrared) LED. When the IR LED is powered, the light from the LED is collected by the receiver of the transistor and it conducts. The arrangement and pinouts of the IR LED and the photo-transistor is shown below.

This IC is used to provide electrical isolation between two circuits, one part of the circuit is connected to the IR LED and the other to Photo-transistor. The digital signal given to the IR LED will be reflected on the transistor but there will be no electrical connection between the LED and the transistor. This comes in very handy when you are trying to isolate a noisy signal from your digital electronics, so if you are looking for an IC to provide optical isolation in your circuit design, then this IC might be the right choice for you.

The TLP521 is a very versatile IC, and can be used for many different applications so there are many different versions available for this IC, there are three different version of this IC are available, the TLP521-1, TLP521-2, TLP521-3, they are 4-pin, 8-pin, and 16-pin devices those contain one, two, and four optocouplers in one single package respectfully, the pin configuration of these devices is shown below. 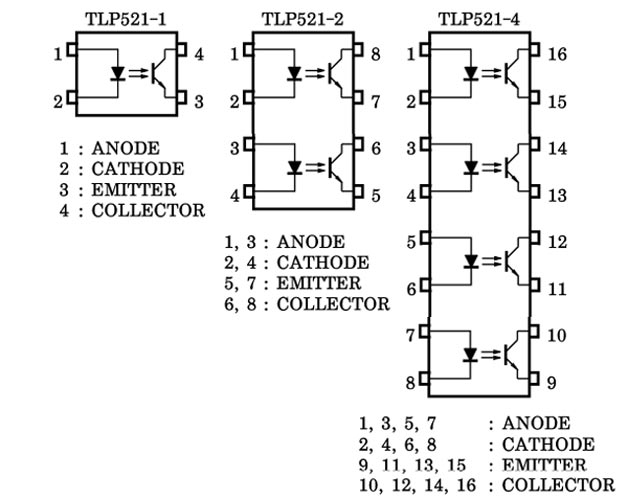 How to use TLP521 Optocoupler

As the output device is a NPN transistor so we need to use a pullup resistor to pass current through collector to emitter. Now, when the logic input is low, the IR LED will not conduct and hence the transistor will also be in off state, but when the Logic input is made high, this high voltage should be a minimum of 1.25V (Diode Forward voltage) the IR LED conducts and so the photo-transistor is also turned on.

If you are designing a PCB or Perf board with this component, then the following picture from the Datasheet will be useful to know its package type and dimensions. 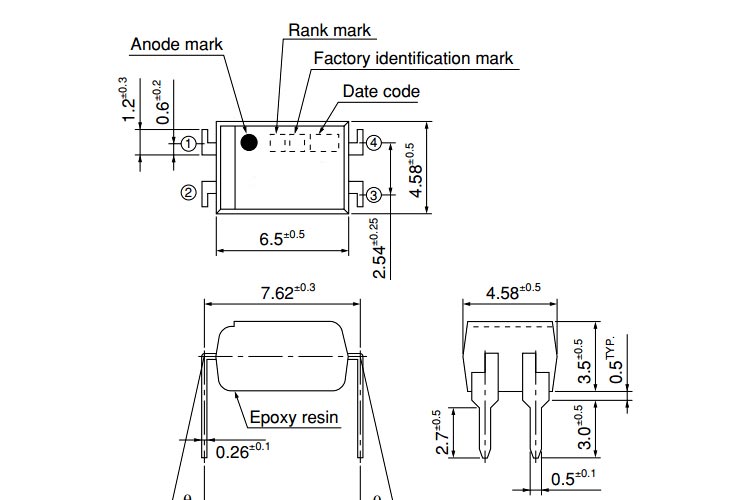