The MOC3021 is a Zero-Crossing TRIAC driven Optocoupler. Meaning it has a Infra-red Light Emitting Diode (LED) inside it coupled with a TRIAC. When the LED is triggered the TRIAC is also turned on.

Note: More details can be found at the MOC3041 datasheet which is available for download at the end of this page.

Since the MOC3041 has built-in Zero crossing detector it is mostly used in switching AC loads. A Zero cross detector will monitor for the 0V in output sine wave and turn on the internal TRIAC only during 0V. This way the LOAD will not be subjected to peak voltage when switching.

MOC3041 is commonly used in AC motor speed control, Light dimmers or other home automation application where AC load is involed. A typical application circuit diagram to control an ACload using a Microcontroller is shown below 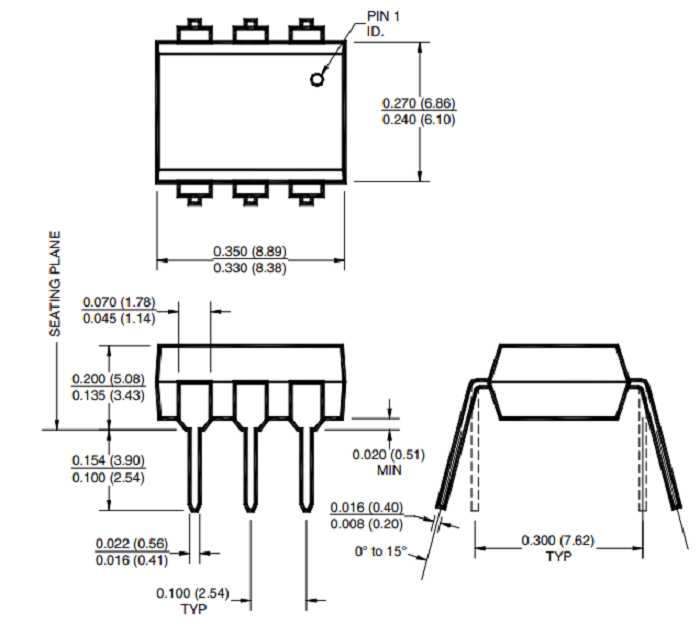