What is Current Sense Resistor?

Current Sense Resistors are similar to normal resistors but with very low resistance rating and high-power rating. These shunt resistors of known resistor value (R) are placed in a current conducting path so that the entire current (I) which is to be measured flows through the resistors. Now by measuring the voltage drop (V) across the resistor and by using simple Ohms Law (I=V/R), we can calculate the amount of current that flows through the circuit. Let’s look at that in detail.

In electronics, shunt means providing a different path to the circuit. Shunt resistors do the same thing and create a very low resistance path for the current to pass from one circuit portion to another circuit portion. At this path, whenever a current passes through the low resistance region, irrespective of the amount of current flow, one can measure how much current is flowing through the circuit.

Where V is the Voltage drop that appears across the shunt resistor, I is the rate of current flow, and the R is the shunt resistor value in Ohms. Therefore, if the resistance is static, for example, 1 ohm for all the cases, the V is dependent on the I. 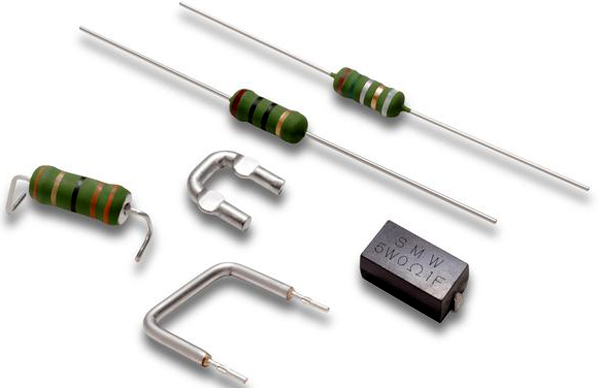 Shunt resistors are the special type of resistors. It is different from the traditionally used resistors in electronic circuits. The generic resistors are used for the very low current of operations and are generally used in standard ambient temperatures such as 0-85 Celsius. But, shunt resistors have a very wide range of temperature coefficients due to the huge current flow through it.

The value of resistors is an important parameter for a shunt resistor. Because the value will determine how much voltage will drop during the flow of current.

The above current sense resistor circuit shows how a shunt resistor is placed in a current carrying path and how the voltage drop across the resistor can be calculated by using a Current Sense Amplifier. You can know more about how current sense amplifiers work for following the linked article.

Thus, a shunt resistor with a smaller value will produce less heat and overrule the use of additional heat sink.

Shunt resistor values typically in mili-ohms rating are typically suitable and produce less power dissipation in high current flow. The wattage of the resistor will be lower and the size will be very smaller, contributing to a smaller PCB area.

Since nothing is ideal in electronics, shunt resistors are not an exception. Thus, tolerance of the shunt resistors is an important parameter for the sensing accuracy of the Shunt resistor. Normal generic resistors have tolerances of 10%, 5%, or even 1%. Therefore, A resistor with 10 Ohms rating with a 10% tolerance will have the value from 9 Ohms to the 11 Ohms. The value will get changed due to the ambient temperature and other additional dependencies during normal operations.

However in most applications, resistor tolerances will not matter a lot but for an application where the application output is highly dependent on the sensed value, tolerance becomes a crucial parameter to consider.

Shunt resistor tolerance ranges from 1% to 0.1%, however, how much accuracy is required is entirely dependent on the application requirement and the resistor needs to choose based on this parameter.

The TCR value is dependent on the materials that are used as resistor elements, depending on the tolerance and power rating as well as the physical size of the resistor. There are multiple shunt resistors available that use very low TCR value due to metal-foil elements used as the resistor materials. 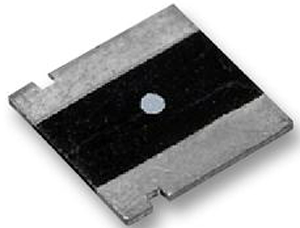 The above image is a metal foil-based resistor from VISHAY FOIL RESISTORS with the part number of Y14880R00100D9R.

Placing Shunt Resistor in your Design 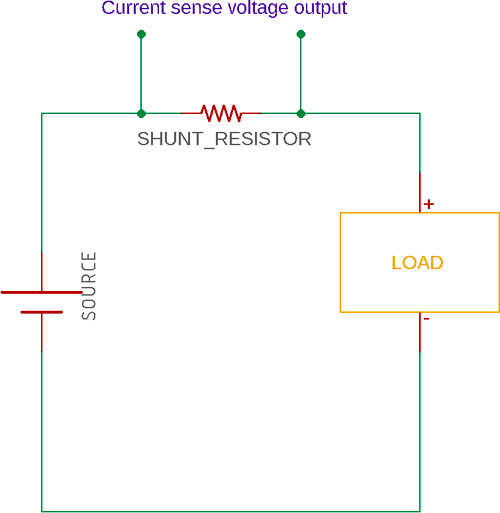 This shunt placement is widely used and often it requires a differential amplifier to sense the actual current flowing through the resistors. In low side placement, the shunt resistor is placed across the low side (Ground or negative rail) of the load. 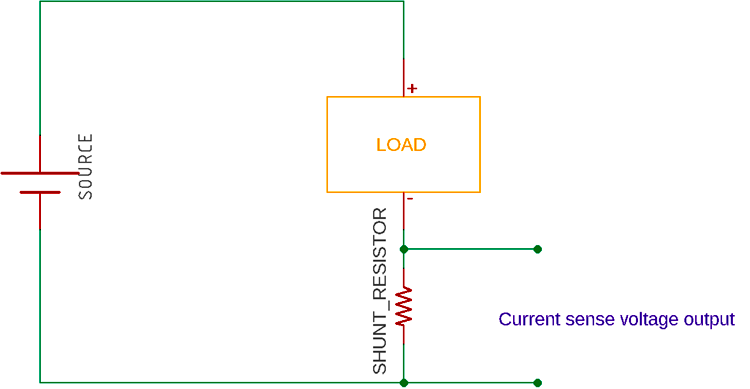 However, this placement offset the load ground and often makes it difficult to determine the short circuit condition of the load.

How to Choose Shunt Resistor for an Application

The second step is to know the power rating of the Shunt resistor. As in the first step, the value of the shunt resistor is already selected and the maximum current flow will be known, it is important to know how much power it will dissipate using the formula P = I2R. Therefore, if the value is smaller, the power dissipation will be less. Depending on the power dissipation, for example, a resistor with 50 mili-ohms ratings will pass a maximum of 2A current, the power will be dissipated 22 x 0.05 Ohms = 0.2 Watt. It is safer to use more than the rated power rating for the shunt resistor. So instead of a 0.25-Watt shunt resistor, one can use at least 0.375-Watt resistor to be on the safe side.

The third step is to know the tolerance and package required for the shunt resistor. Less than the 1% tolerance shunt resistor is a good choice. But if application demands more for extra accuracy, 0.5% to 0.1% tolerance shunt resistors can also be used. After choosing the value, power rating, and tolerance, it is important to use a proper package that is easy to solder as well as smaller in sizes for smaller PCB areas. Try to select a resistor with a very low TCR value below 100 ppm/°C.

Here is a practical example of shunt resistor selection for an MPPT based solar charge controller circuit. The below circuit uses LT3652, an MPPT charge controller from Linear Technology (Analog devices). However, If we look carefully, the battery that will be charged through this circuit is the load.

To select the shunt resistor, the following things will be required-