A Multimeter, a variable power supply, a soldering iron and an oscilloscope are arguably the most basic lab requirements for anyone working with electronic circuits. Of all the four, the oscilloscope is perhaps the hardest to come by, thanks to its prohibitive cost.

However, modern technology has caught up to individual electronics hobbyists, with many companies now manufacturing entry-level oscilloscopes that are sold at reasonable prices.

In this article we will take a look at how to select your first oscilloscope, taking into account the various parameters of an oscilloscope.

The oscilloscope is a complex measuring device that has a lot of different parameters. We will take a look at these parameters to check when buying an oscilloscope one-by-one and decide on good parameters for an entry-level device.

It would be beneficial to say right at the beginning that there is no point buying an analog scope, given the availability of much better and feature-equipped digital scopes.

The oscilloscope is a multi-channel device, meaning it can make measurements on more than one channel and display the measured waveforms on the screen. Having multiple channels lets you measure more than one signal at a time, which can come in handy when debugging and testing complex circuits.

Oscilloscopes usually have an even number of channels, starting with two, four, eight and so on. Most entry level oscilloscopes have two or four channels, beyond which the cost is prohibitive.

Although two channels are completely adequate for most day-to-day use, the decreasing cost of four-channel oscilloscopes makes them a no-brainer. Companies like Keysight and Rigol make four-channel scopes with competitive specs.

However, a four-channel oscilloscope is still costlier than two-channel one with similar specs, so this decision is mainly dictated by budget.

Another thing to note is that the input sample rate is sometimes divided between the channels when more than one channel is being used.

Since the oscilloscope is basically an analog-to-digital converter, the same rules for sampling apply.

Common sample rates range between 500Msps and 2Gsps for entry level scopes. The bandwidth is a measure of the maximum frequency an oscilloscope can measure without attenuation or distortion.

Entry level scopes have a bandwidth of between 25MHz and 200MHz. Although it’s unlikely that a hobbyist is going to measure signals further than tens of megahertz, the low price of even 100MHz oscilloscopes makes them a compelling choice.

Although once again dictated by budget, 50MHz is a good starting bandwidth.

The input is sampled, and the values are stored in memory. This memory becomes very important since it determines the maximum samples in one acquisition sweep. The higher the memory, the more resolution at higher timebases. This means that once captured, zooming in does not reduce the (horizontal) resolution of the measurement by much.

Generally, the higher the better.

Good probes ensure accurate measurement, but most often they are taken for granted. The probes provided by the manufacturer are good enough for most purposes, but it is important to make sure that they are rated for the bandwidth of the oscilloscope, and that the right number of probes is provided. 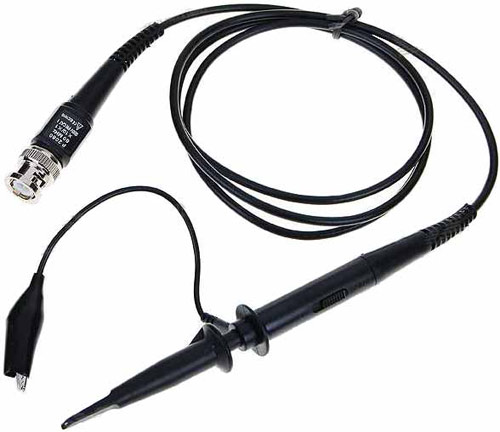 Modern scopes are full of powerful measurement features. Make sure that the scope has atleast the basic horizontal and vertical measurement functions, XY mode, and some form of FFT.

Some scopes come with special triggering modes that trigger on particular signals like I2C, SPI and UART, which can be handy for debugging.

A logic analyzer input is also a feature of some scopes, but this can add to cost and is not usually available for all models. Newer Keysight scopes also have a built-in function generator, which can come in handy.

At the time of writing this article, the following oscilloscopes were among the most popular scope. Do note that they are not listed in any particular order, each scope has its own advantages as discussed below.

This has been the entry level scope for many people and is very popular with the hobbyist electronics community.

For around 350USD, you get four channels, 50MHz bandwidth (“hackable” up to 100MHz), 1Gsps, and a lot of powerful measurement functions.

Thanks to its low cost (including a good second-hand market) and powerful features, this scope is highly recommended for entry level hobbyists. 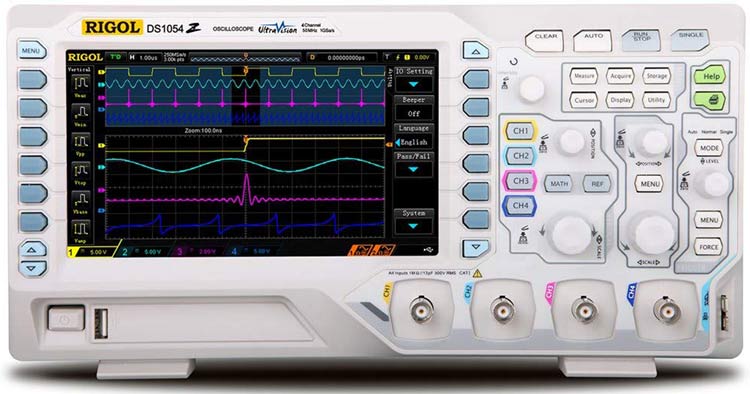 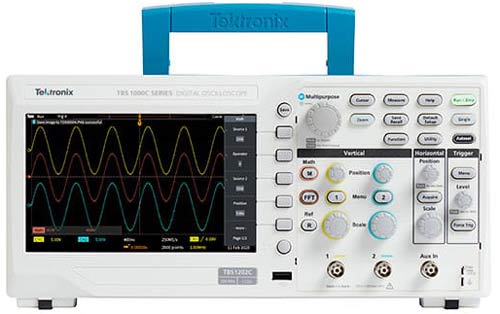 Tektronix has been well known in the test and measurement community for its high-quality equipment.

The TBS1000C series has models that have a bandwidth up to 200MHz, with 2 channels and 1Gsps. Though not the cheapest, Tektronix quality is assured.

The Hantek combines a 100MHz bandwidth with 2 channels and 1Gsps sample rate. The main selling point is the low cost and ease of availability. 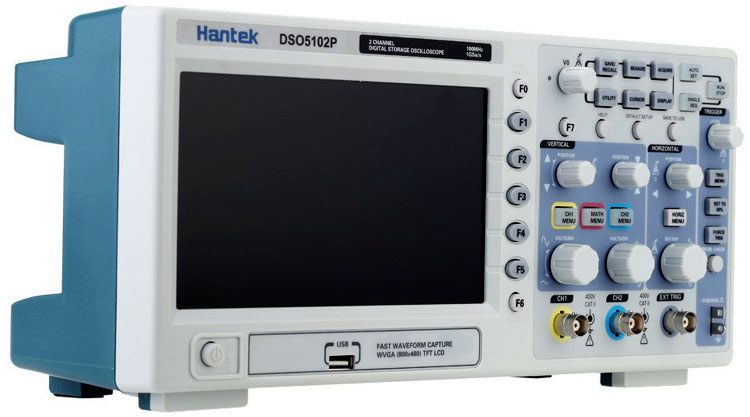 Siglent is another well-known brand. This offering has a 50MHz bandwidth, with 2 channels and 500Msps. This is the cheapest among all the scopes featured here.

Although availability in India is uncertain, the Keysight 1000X series is also a solid choice. The main selling point here is the built-in function generator option.

Models are available with 2 and 4 channels, with bandwidths up to 200MHz and sample rates up to 2Gsps. 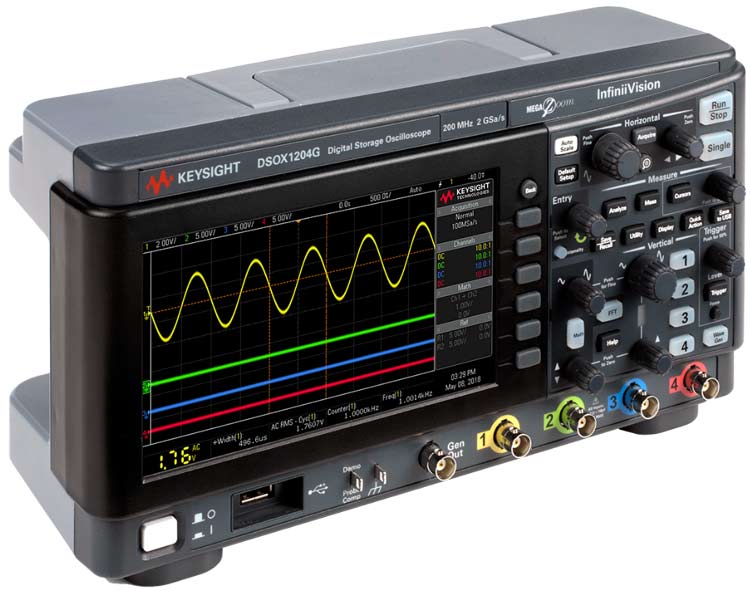