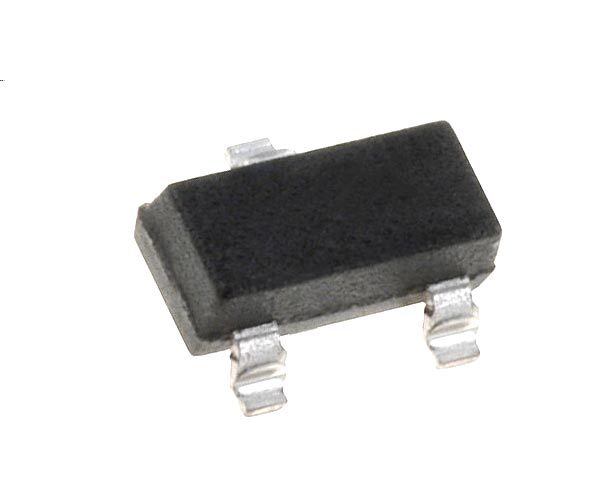 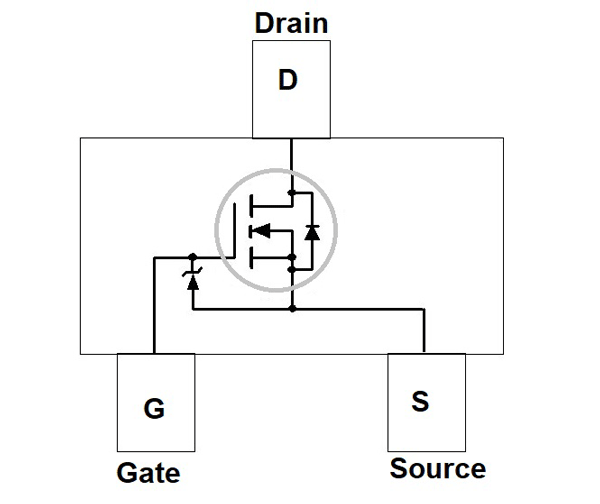 FDV301N is semiconductor device called MOSFET (Metal Oxide Semiconductor Field Effect Transistor) and is used as a high speed switching device in applications. The device is an N-Channel enhancement mode Field Effect Transistor that is produced using ON Semiconductor's proprietary, high cell density, DMOS technology. This very high density process is especially tailored to minimize ON state resistance. Also since the device is logic level MOSFET it can be triggered to ON by digital circuits voltage levels of +3.3V and+5V.

FDV301N is a three pin device as shown in figure and the function of each of those pins is stated below.

For understanding the working of FDV301N let us consider a simple application circuit as shown below. 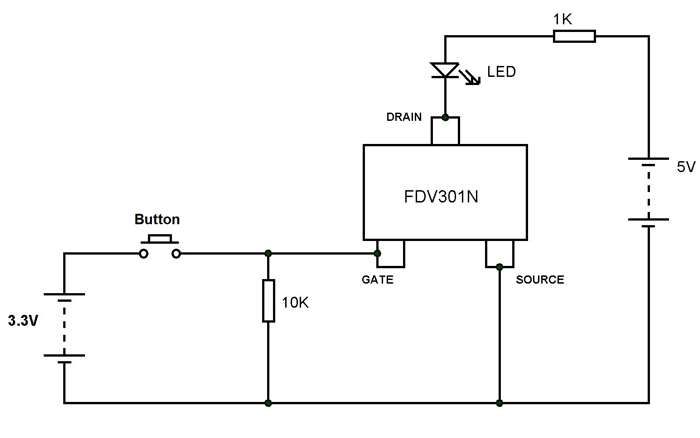 In the circuit FDV301N is used as a simple switching device with switching load being an LED. There are two power sources, one (5V) for powering the load LED and other (3.3V) for providing voltage to the gate of MOSFET. The button is the trigger to turn ON the device.

Now let us remember the characteristics of N-channel enhancement MOSFET:

The same characteristics will be applied to the device in the above circuit. So when the button is not pressed there will be no Gate voltage and the MOSFET will not conduct the current. With MOSFET acting as open circuit in the absence of Gate voltage the entire supply voltage of +5V appears across the device.

The instant the button is pressed a positive voltage of +3.3V appears at the gate of the device. And based on the transfer characteristics of the device shown in graph, a voltage of 2.5V at Gate is more than enough for the device to start conducting. 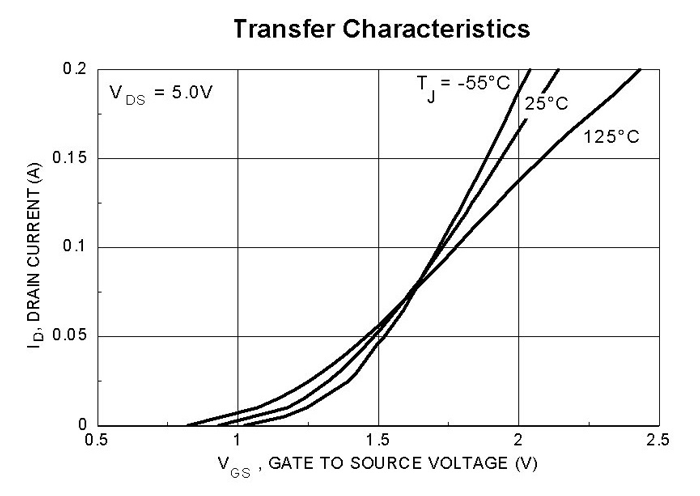 When the drain current flows a voltage appears across LED turning it ON and it will stay in that state till the button is released. With that we are switching the load ON and OFF by toggling the button. In high frequency application instead of button we will have microcontroller PWM or other control signal.

Hence by using the above circuit we have used FDV301N as a switching device and in a similar way we can use the device in other application circuits. 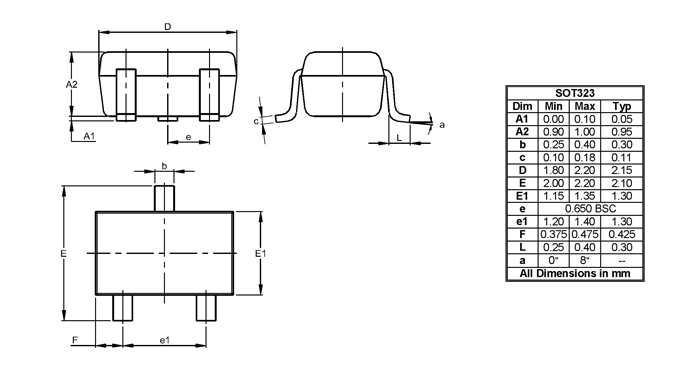