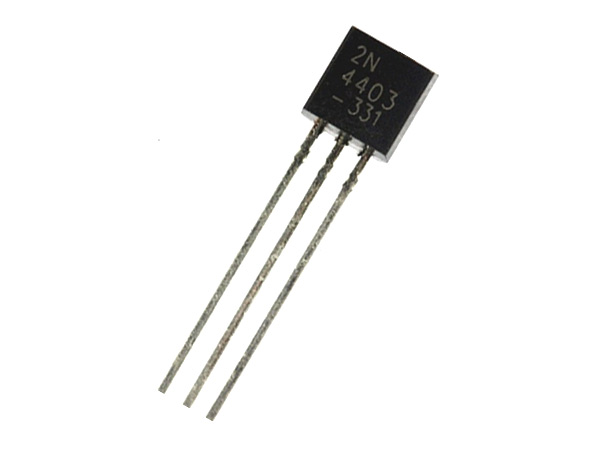 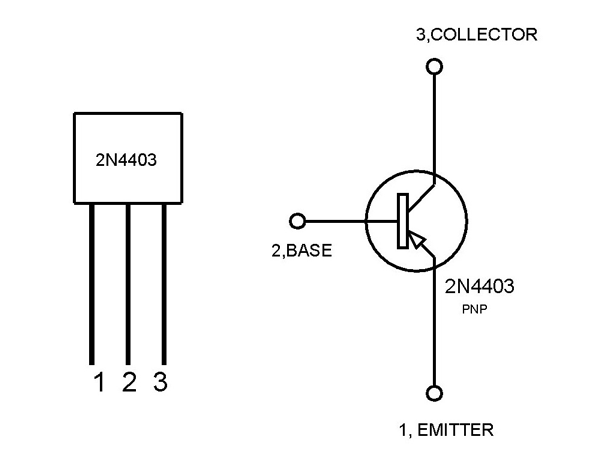 2N4403 is a general purpose PNP transistor used for low power switching and amplifier applications. The NPN complementary for the device is 2N4400, 2N4401.

2N4403 has three pins like any other transistor namely EMITTER, BASE and COLLECTOR.

2N4403 is basically used when you want a simple switching device for low power loads. The component is cheap and easy to work with so it is best suited when choosing a random switching device. 2N4403 can also used as a basic power amplifier and its application include amplifying low power signals.

2N4403 can be used in any general transistor application circuits but for understanding the working let us consider a simple 2N4403 switching circuit as shown below. 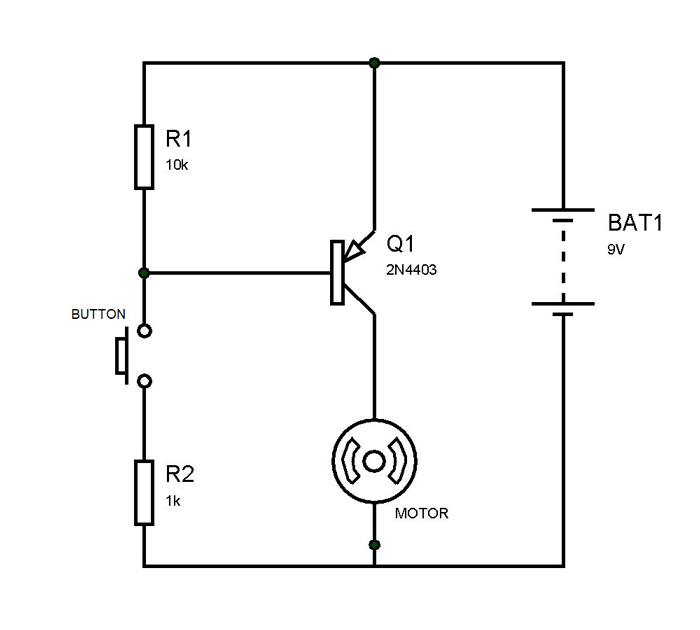 In the above circuit we are using 2N4403 as a simple switching device and a small motor as the load. The small button here is for providing the trigger to the transistor and can be removed to leave simple contacts to touch. With the gain of the transistor a simple touch can trigger it. The 10KΩ resistor is for limiting the current to base and to avoid breaching maximum voltage allowed at the base. The 1KΩ resistor is for limiting the current flowing out of base to ground.

After the button opened again the base current flow will be cutoff there by turning OFF the motor. Hence we have used 2N4403 as a simple switching device and in the same way we can use this transistor in all other application circuits. 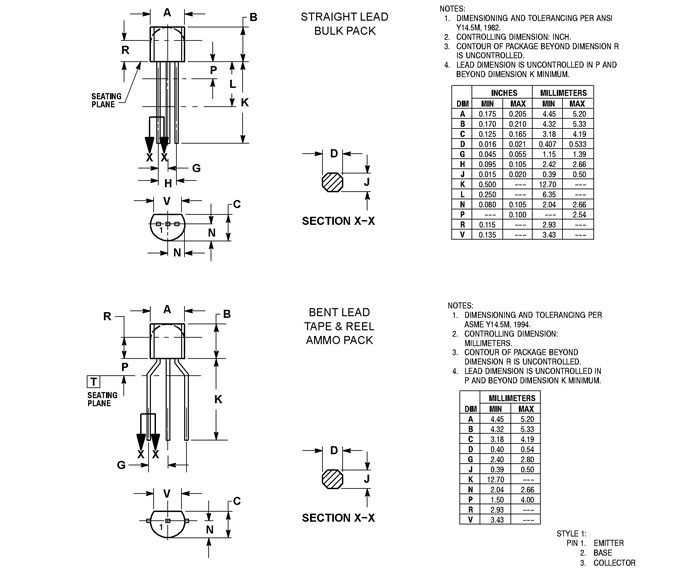