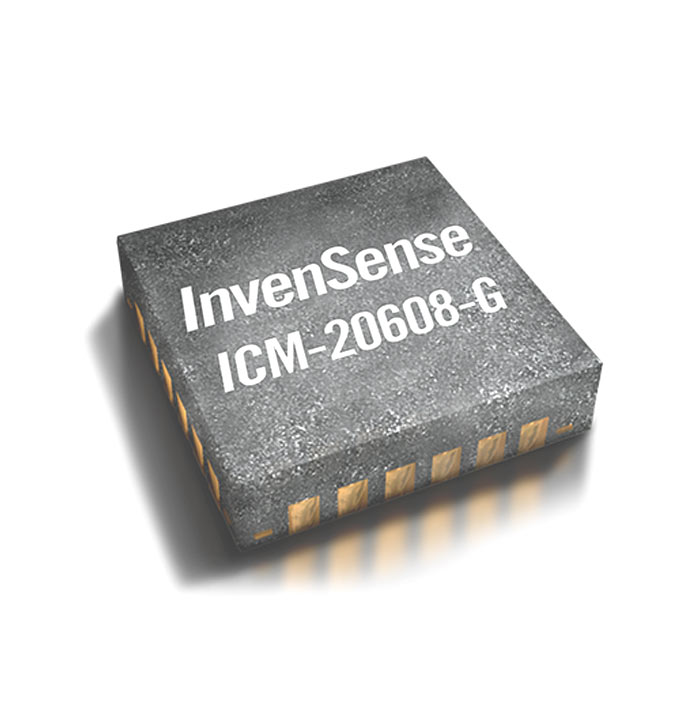 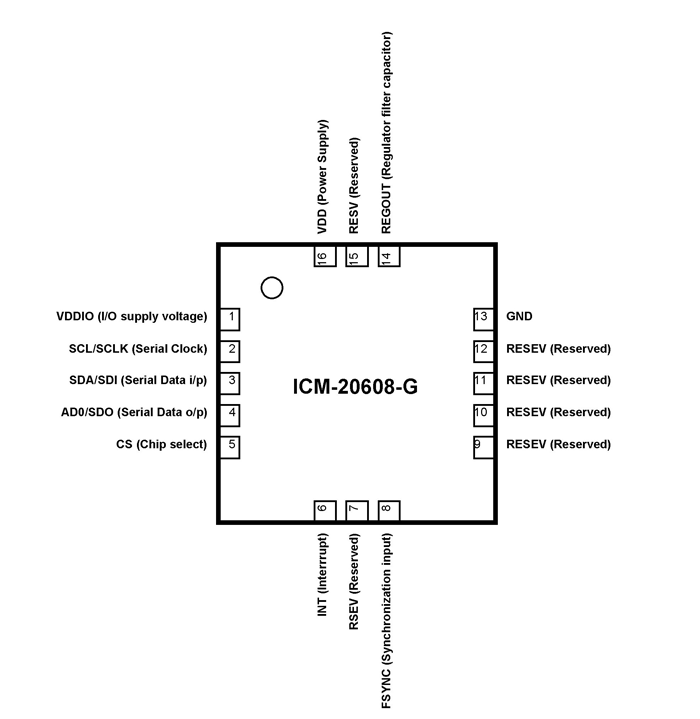 ICM-20608-G is a device that accurately measures its motion and provides the data stating that motion on the serial output port. The device is 6-axis Motion Tracking device that combines a 3-axis gyroscope, and a 3-axis accelerometer in a small 16-pin LGA package. It also features a 512 byte FIFO that can lower the traffic on the serial bus interface and reduce power consumption by allowing the system processor to burst read sensor data and then go into a low power mode.

The full scale range of gyroscope and accelerometer of the device are also programmable by the user which is needed in many applications. The device also has other features that include on-chip 16-bit ADCs, programmable digital filters, an embedded temperature sensor, and programmable interrupts.

Also the device is specifically designed for best performance and rugged operation.

ICM-20608-G is a sixteen pin device as shown in diagram. The device is usually developed in to the modules and then used in applications for better convenience. These modules will have different pin out configuration depending on the module manufacturer. Although they all have different pin configurations they must have more or less same number of pins as the device and must perform same function. So just find appropriate pin name in the module and match it with the device pin name for avoiding the confusion.

The application circuit for the device is already given in the datasheet as shown below. This circuit is tested working so the device can be connected as shown below without any correction. 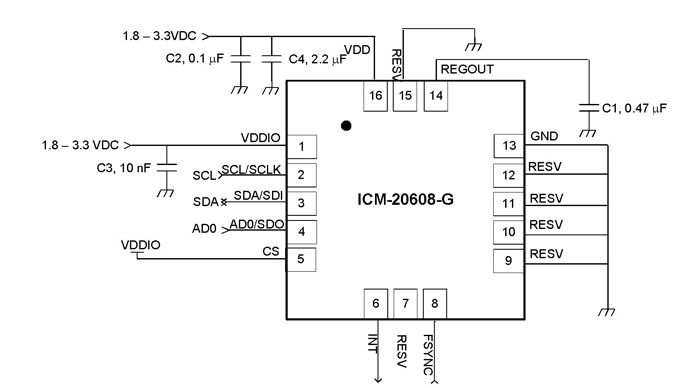 As shown in circuit the device can be powered from any voltage source in the range 1.8V to 3.3V but for interfacing the module with arduino or other boards choosing +3.3V power supply is ideal. Here CS is pulled high so the module communication is done through I2C interface.

All you need to do to interface the module to arduino( or other board) using I2C port and write the program for data exchange. There are also libraries available for the device which makes the programming easy and more understandable. Once these libraries are included in program you can exchange data with device with simple commands. This data received from the module represents acceleration, axis orientation and temperature which can be used for other purposes. 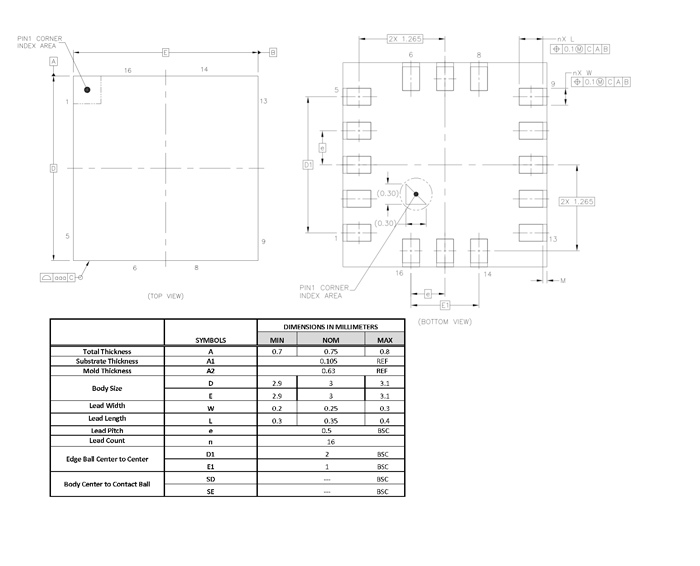