The LM4871 is a mono bridged audio power amplifier capable of delivering 3W of continuous average power into a 3Ω load with less than 10% THD when powered by a 5V power supply. Additional LM4871 features include thermal shutdown protection, unity-gain stability, and external gain set.

Note: Complete Technical Details can be found at the LM4871 datasheet give at the end of this page.

Where to use the LM4871 Audio Amplifier?

The LM4871 only require few external components and operate on low supply voltages from 2.0V to 5.5V. The application circuit from the LM4871 datasheet is given below. 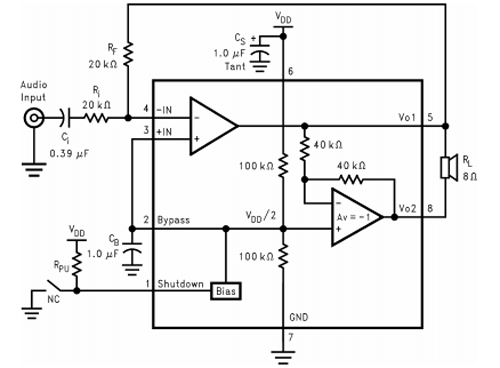 As shown in the above diagram, the LM4871 has two operational amplifiers internally, allowing for a few different amplifier configurations. The first amplifier's gain is externally configurable; the second amplifier is internally fixed in a unity-gain, inverting configuration. The closed-loop gain of the first amplifier is set by selecting the ratio of Rf to Ri while the second amplifier's gain is fixed by the two internal 40kΩ resistors. The figure shows that the output of amplifier one serves as the input to amplifier two, which results in both amplifiers producing signals identical in magnitude, but 180° out of phase. 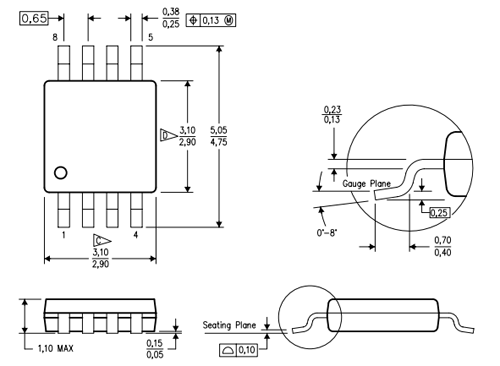