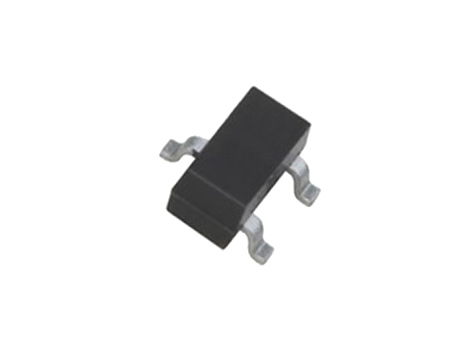 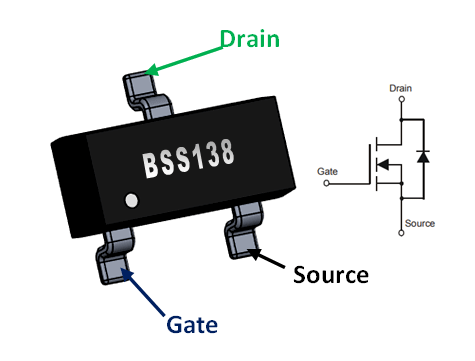 The BSS138 is an SMD Package Logic Level N-Channel MOSFET with low on-state resistance (3.5Ω) and low input capacitance (40 pF). Adding to this the Mosfet can also switching at high speed of 20ns. Due to the low threshold voltage and high switching speed this Mosfet is commonly used in level shifter circuits.

Note: The complete technical information can be found at the BSS138 datasheet given at the end of this page.

The BSS138 is a compact Logic Level N-Channel Mosfet. The mosfet has very low threshold voltage of 0.5V and hence can be used with any low voltage application circuits and for level shifting applications. Adding to this the Mosfet also has low on-state resistance and low input capacitance which makes it efficient in switching circuits. Because of the compact nature of the mosfet it is widely used in portable applications like Cellular phones and other power management circuits.

The BSS138 is slightly expensive for its specification, so if you are looking for a cheap alternative do check 2N7002. However you have to compensate slightly with the on-state resistance and threshold voltage of the Mosfet. This mosfet comes in a SMD package hence can be used for compact applications. One considerable disadvantage of the mosfet is its low drain current; it can provide a continuous current of 200mA and peaks currents upto 1A at maximum threshold voltage. Anything more than that will damage the mosfet.

The Mosfet is available in SOT23 and TO-92 package, the dimensions of the SOT23 package is shown below. Refer the BSS138 datasheet below for other dimensions. 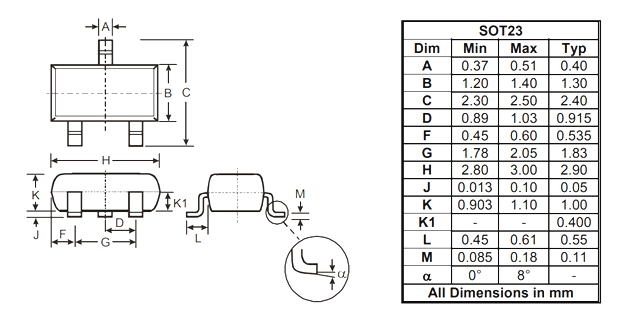