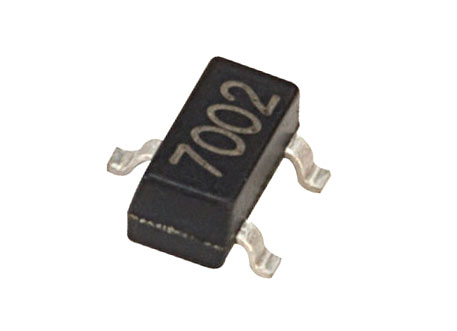 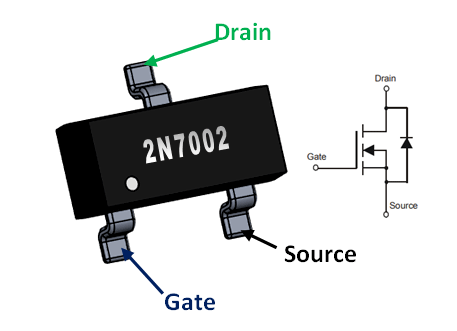 The 2N7002 is a low voltage, low current Logic Level N-channel MOSFET. Because of its low on-state resistance and low input capacitance it is used in power management applications. The MOSFET can be easily controlled by 3.3V or 5V system voltage since it has low threshold voltage.

Note: The complete technical information can be found at the 2N7002 datasheet given at the end of this page.

The 2N7002 is a logic level MOSFET with a low on-state resistance. The mosfet has a low gate to source threshold voltage of 2.1V typically this makes the mosfet suitable even for 3.3V application circuits. Since the mosfet has low on state resistance it has high efficiency during when the mosfet in on. Due to this property it can maintain high switching performance and hence used widely in power management applications.

The mosfet also comes in a SMD package hence can be used for compact applications. One considerable disadvantage of the mosfet is its low drain current; it can provide a continuous current of 200mA and peaks currents upto 1A at maximum threshold voltage. Anything more than that will damage the mosfet.

The MOSFET is available in SOT23 and TO-92 package, the dimensions of the SOT 23 package is shown below. Refer the datasheet below for other dimensions. 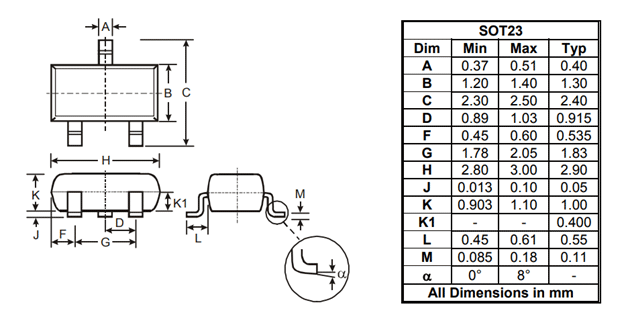