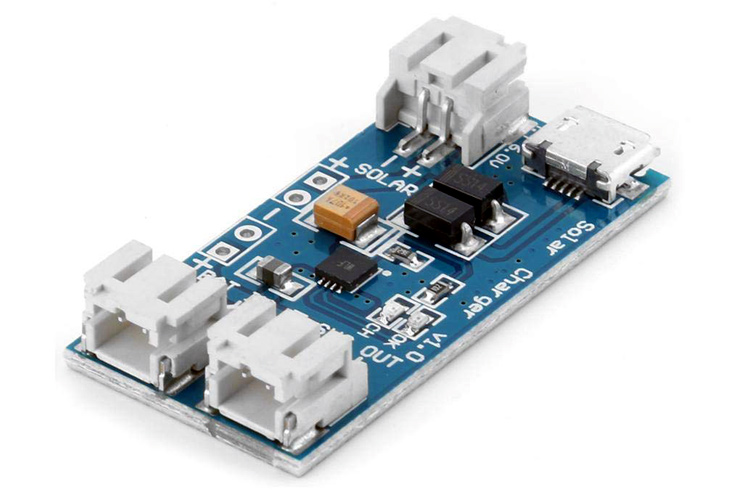 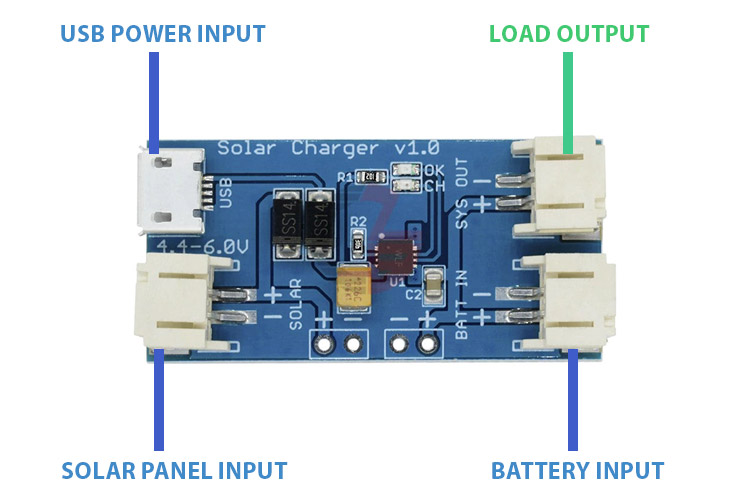 The use of solar power in hobby electronics is highly understated. Its use is not widespread (outside dedicated projects) since it has a reputation of being too low-power to be useful. However, with the increasing advances in solar panel technology and better controllers and control algorithms, solar power is increasingly popular. The CN3065 is an integrated solar power and Li-Po battery charging solution that can be easily integrated into projects needing solar power. 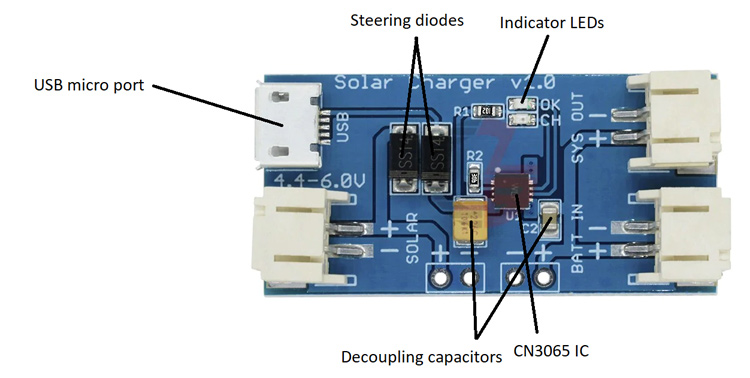 How To Use Mini Solar Charger Module

The CN3065 board is much like other Li-Po chargers, but the input power pins can also be connected to a solar panel to provide power to charge the battery.

The module has three power inputs. One of them is the battery charging supply, which can range from 6.5V to within 40mV of battery voltage before the undervoltage lockout is triggered. The second power input is the battery terminals. These are used to draw power from the battery or to charge the battery. The third input is the USB micro port. The two outputs are the main system power output and the USB output. The system power output is derived directly from the battery. Pin headers are provided for power input and battery power output. Board status is indicated by two LEDs. The CH LED indicates that charging is in progress, while the OK LED indicates that charging is completed.