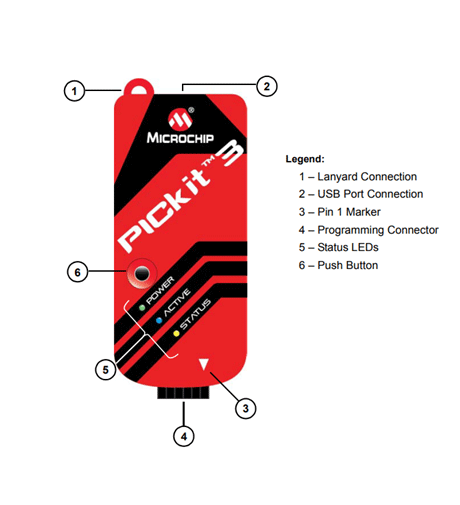 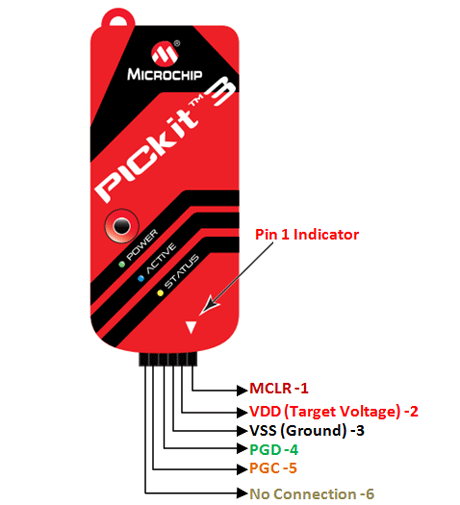 The PicKit3 can be used with MPLAX IDE running on Windows Platform to program or debug PIC Microcontrollers that support ICSP – In Circuit Serial Programming. Meaning the PIC can be programmed with only 2-wires (2-pins) PGD and PGC excluding the power pins.

When you purchase a PicKit 3 you will also get an USB cable, CD and header pins along with it. The USB cable is used to interface the PicKit 3 with PC and CD consists of the driver for your windows to recognize the PicKit 3. Apart from that the PicKit 3 itself has some on-board diagnostic LEDs and push button.

Difference between Pickit 2 and PicKit 3

The Pickit 2 is the predecessor of PicKit 3. Both do almost the same job, but Pickit 3 has some additional options and supports for latest versions of PIC. Also debugging will be a bit faster than Pickit 2. If you are a beginner, then even Pickit 2 would work fine. If you are looking for more advanced options like Logic analyzer built-in then have a look at ICD3.

How to connect PicKit 3 with PIC microcontroller

The PicKit2 or PicKit3 can be used to PIC microcontrollers if the PIC supports ICSP programming. If they support ICSP programming look into their pinouts to find the Vpp, Vdd, Vss, ICSPDAT and ICSPCLK pins. The pin number of this pin will vary based on the IC package. The below image should give you a rough idea. 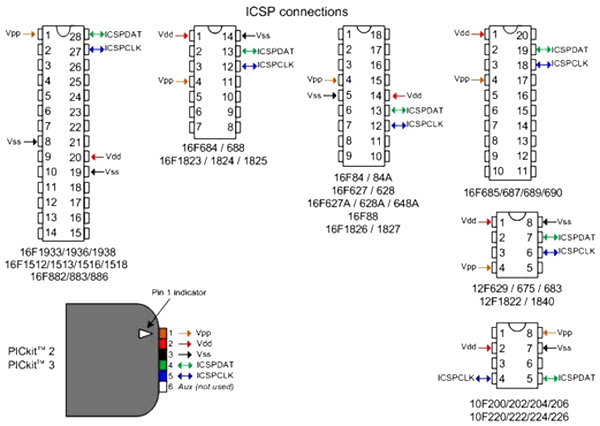 Once you find the pins simply connect them to Pickit respectively and program or debug you device. Remember that both the PIC as well as the PicKit should be powered during programming or debugging. Also be careful with the voltage you set in software, for example using 5V to program a 3.3V PIC might damage the IC or the PicKit permanently. This blinking tutorial should help you to understand how to use PicKit 3 to program a PIC microcontroller using the MPLAB IPE Environment.