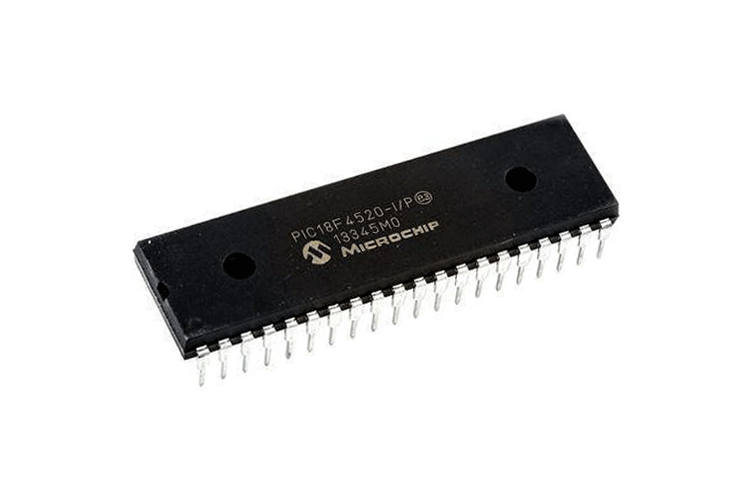 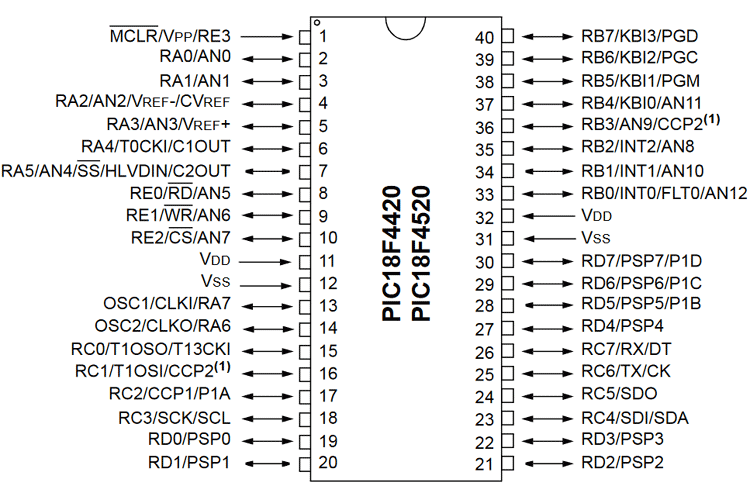 PIC18F4520 is a low-cost, low-power, high-speed 8-bit, fully-static Microcontroller unit with 40 pins, 36 of which can be used as I / O pins. It has power-on-reset (POR) and the WDT circuitry (Extended Watchdog Timer), which can be programmed for 4 ms to 131 s.

Features and Specification of the PICPIC18F4520 Microcontroller

Note: Complete technical details can be found in the PIC18F4520 Datasheet linked at the bottom of this page.

PIC18F4520 is a low-cost, low-power, high-speed 8-bit, fully-static Microcontroller unit that has 40 pins out of which 36 pins can be used as I/O pins. It has Power-on-Reset (POR) as well as the Extended Watchdog Timer (WDT) circuitry, which can be programmed for 4ms to 131s.

It has Power Management Features, which is useful for low-power applications. It has 3 power management modes.

It has a wide operating voltage range, from 2V to 5.5V., Thus it can be used in 3.3V or 5.0V logic level operations. The below image is showing the detailed pin diagram of the PIC18F4520. 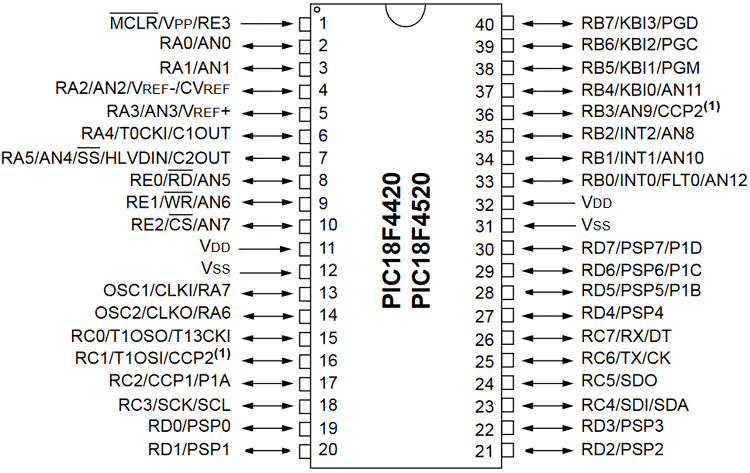 Microchip has given all these three software for free. They can be downloaded directly from their official page. I have also provided the link for your convenience. Once downloaded, install them on your computer. If you have any problem doing so, you can post them on the comment below.

To dump or upload our code into PIC, we will need a device called PICkit 3. The PICkit 3 programmer/debugger is a simple, low-cost in-circuit debugger that is controlled by a PC running MPLAB IDE (v8.20 or greater) software on a Windows platform. The PICkit 3 programmer/debugger is an integral part of the development engineer's tool suite. A basic programming circuit for PIC18F4520 is given below. 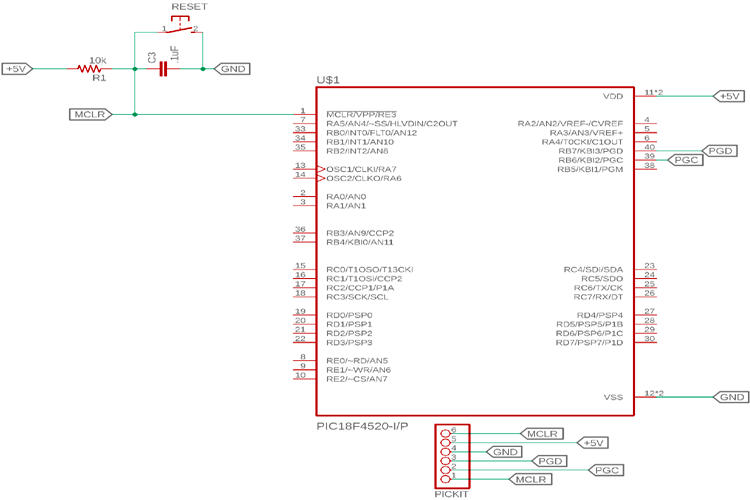 The dimensions of the PIC18F4520 are shown below- 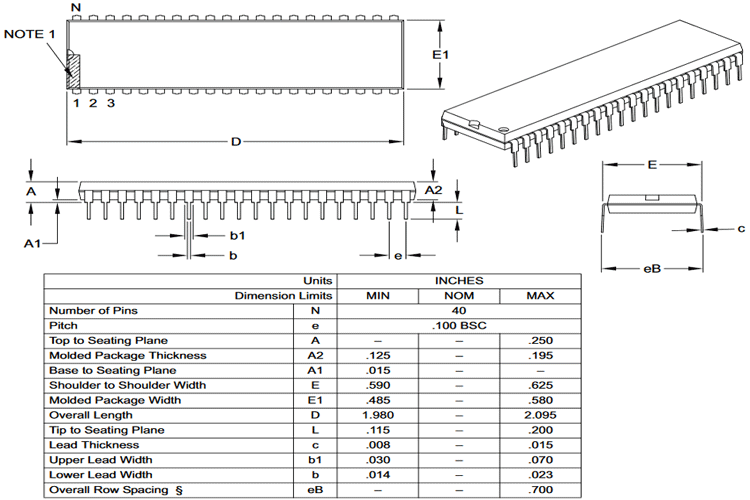