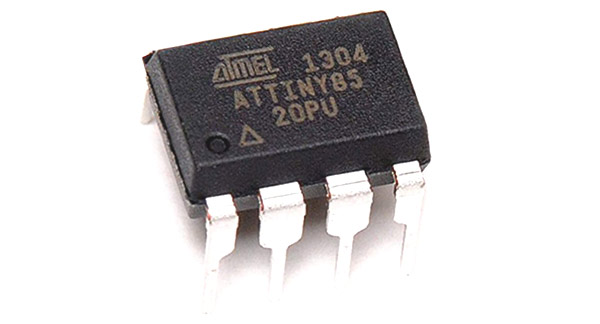 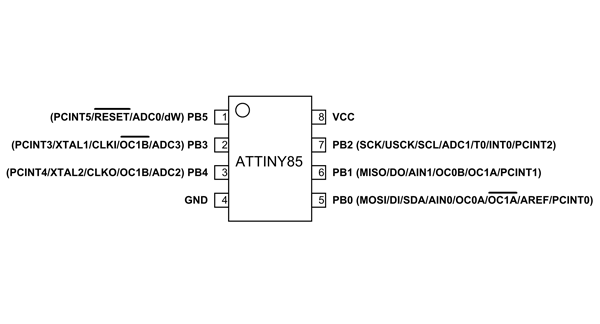 ATtiny85 is a high performance, low power 8-bit microcontroller based on Advanced RISC Architecture. It has 8 Kbytes of In-System Programmable Flash and is popular because of its compact size and its features.

It is an 8 pin IC as shown in Atiny85 pin diagram shown above. Most I/O pins of the chip have more than one function and description for each pin is given below.

Note: Complete technical details can be found in the ATtiny85 Microcontroller Datasheet linked at at the bottom of this page.

How to use ATTINY85 Microcontroller

Step by step procedure for programming ATTINY85 is explained below:

Once powered, the ATTINY85 executes the machine code saved in its memory to create the programmed response. 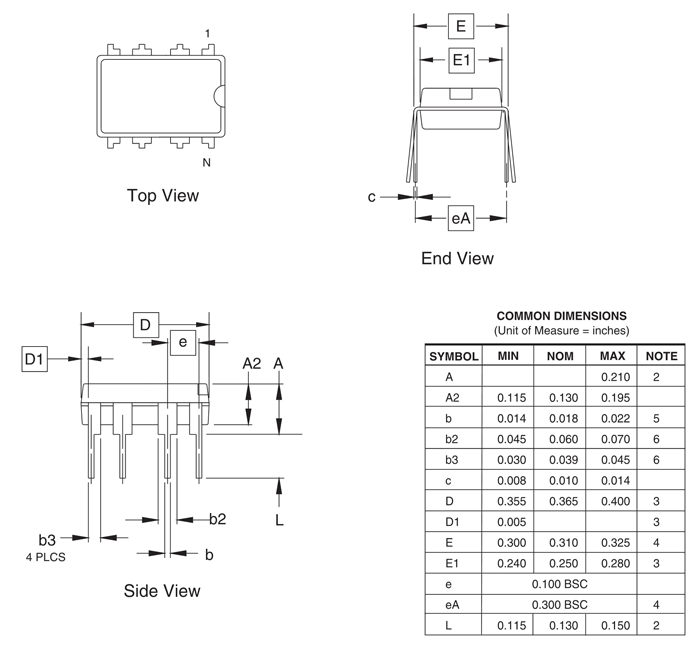