NCP3064 is a monolithic DC-DC voltage converter IC mainly used for Boost or Buck operation. This IC can be found in low voltage power supplies or any portable voltage converters. If you looking for Buck or Boost DC-DC converter upto 1.5A, this IC will be the correct choice.

Note: More technical details can be found at the datasheet linked at the bottom of this page

As mentioned above, NCP306 is a DC-DC converter IC which can be used for buck or boost the input voltage. Each mode has separate circuits that can be found on the datasheet. The IC is available as DIP, SOIC and DFN packages from the manufacturers. This IC is the high frequency upgraded version of monolithic MC34063 series converters. In addition to the various features, this IC has logic level shutdown capability that can be used to shutdown the converter using logic signal. If the ON/OFF feature is not required, then the pin 8 of the IC can be connected to positive supply permanently. This enables the IC to be used in battery operated devices and LED driver circuits.

The design formula for all modes is given below. 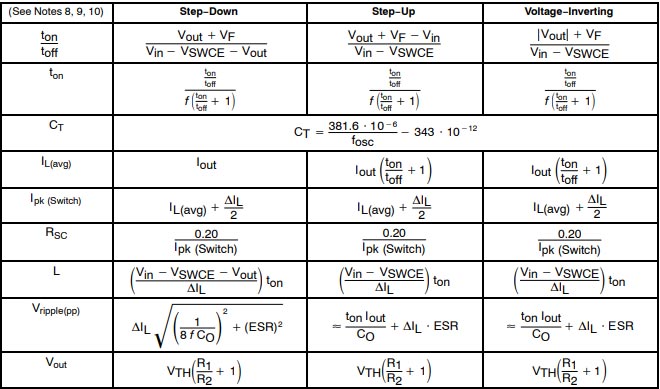 The basic circuit for buck, boost and converter using NCP3064 is given below. 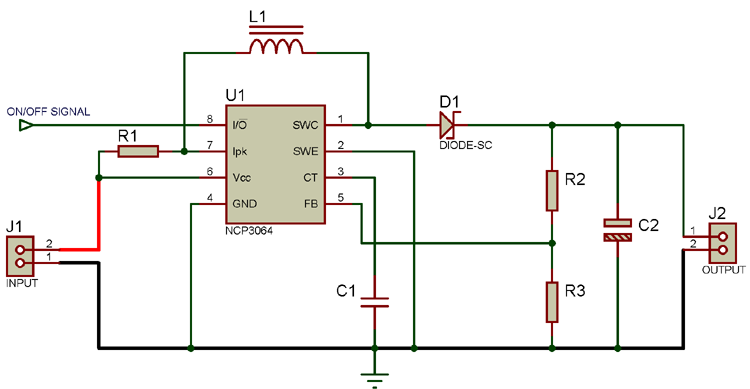 The voltage regulation of both converters is achieved using the feedback resistor divider. The values of the components like  resistors and capacitors are calculated by using the formulae given in the table.

NCP3064 is available in both through hole and SMD package. The dimensions of PDIP package is shown below which can be used to create footprint for NCP3064 if you designing a PCB 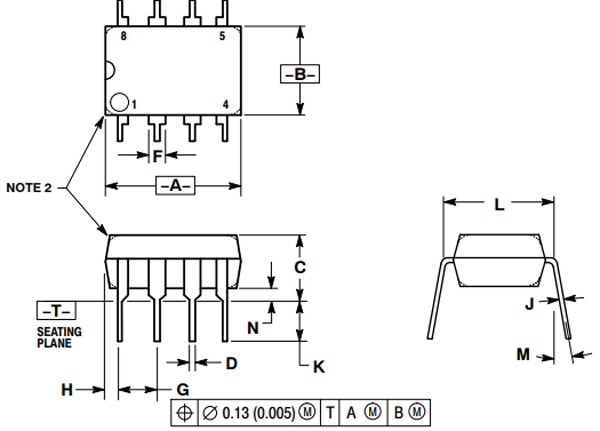 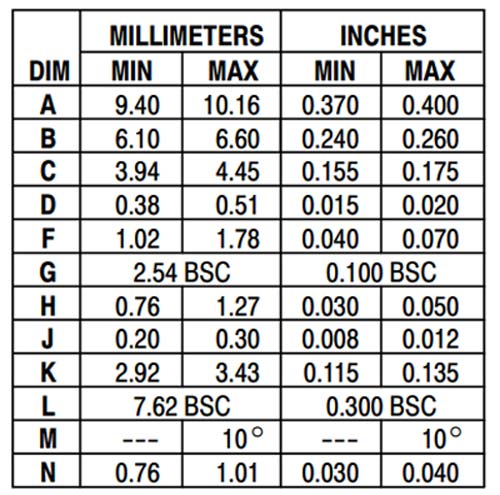