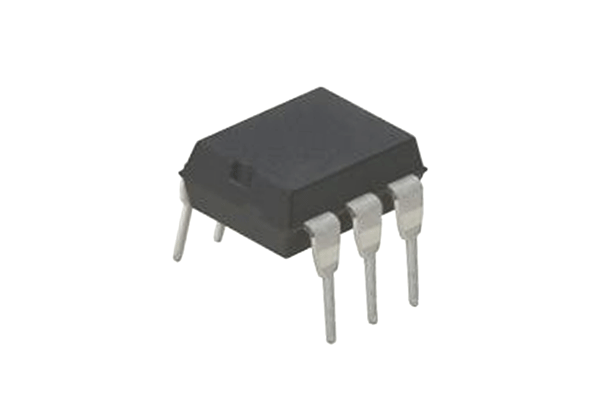 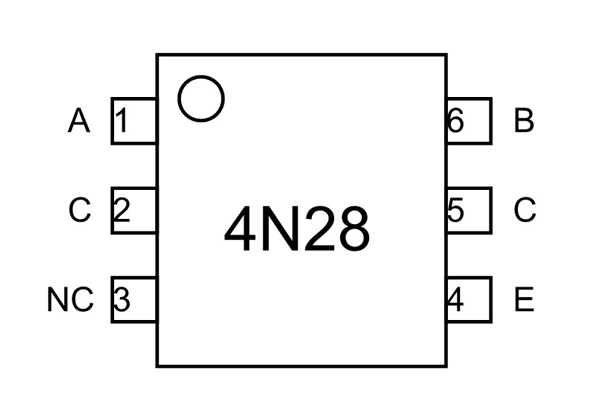 4N28 is a six pin IC which is available in various packages. Basically we use only four pins in the chip but can use up to five pins. The internal connections of diode and photo transistor are described below.

4N28 OPTOCOUPLER IC has many replacements like 4N26, 4N27, 4N25, 4N33, MCT2E etc. We do need to check on electrical parameters before replacing. Replacing without taking voltage, current and frequency parameters may lead to permanent damage to your circuit.

How to use 4N28 OPTOCOUPLER

As described in pin diagram, the chip has two components. They are IR Diode and Photo Transistor. The IR DIODE is connected between terminals 1 and 2.The PHOTOTRANSISTOR is connected at terminals 4, 5 and 6. We will connect chip with other few components to form an example circuit.

As shown in above circuit, the chip gets trigger pulses from microcontroller and they act as INPUT. And a MOTOR is connected at the collector to work as OUTPUT.

At the INPUT we will get the +3.3V logic signal from a microcontroller. Since the pin represents POSITIVE of IR DIODE, it will get powered. Once powered, the IR DIODE will emit Infrared rays internally. These rays will fall on the PHOTOTRANSISTOR to gets it turned ON. When transistor gets turned ON the current flows through load circuit and a voltage will appear across the motor. Thus the motor rotates when microcontroller provides HIGH logic to the chip at the INPUT.

When the microcontroller trigger goes LOW, the IR DIODE input goes LOW. Since no power is provided the IR DIODE stops emitting radiation. Once radiation is absent the PHOTOTRANSISTOR gets turned OFF.And the transistor jumps from LOW RESISTANCE state to HIGH RESISTANCE state. With HIGH RESISTANCE the complete supply voltage appears across the transistor and current flow in the load circuit gets ZERO. So the motor stops rotating. Thus the motor stops rotating when the microcontroller provides LOW logic to the chip at the INPUT.

In the circuit, the MOTOR- PHOTOTRANSISTOR act as LOAD CIRCUIT and MCROCONTROLLER-IR DIODE act as a TRIGGER CIRCUIT. You can see the motor draws power from the +12V battery source and not from the trigger circuit. And PHOTOTRANSISTOR side secondary circuit here is in complete isolation with the IR DIODE primary circuit. So we have achieved the objective of isolating the two circuits using OPTOCOUPLER.

All measurements are in millimeter 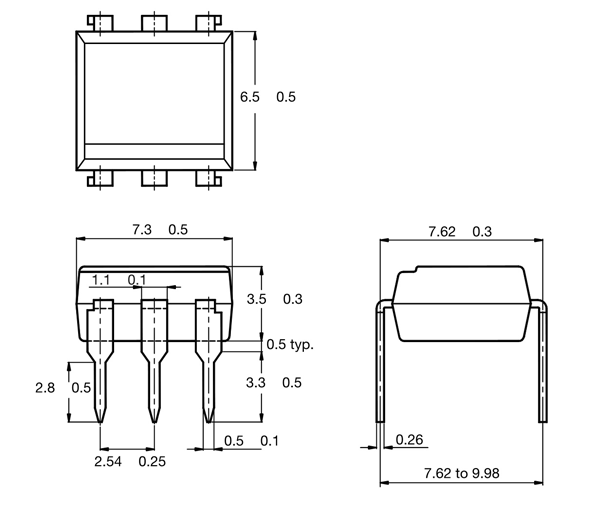 The TL6155 tact series is a right-angle through-hole switch with 300,000 cycle life expectancy