What Is a Load Cell?

A load cell is a force transducer. A transducer is a device that converts forms of energy into readable electrical signals. In this case, the load cell converts force to a voltage that can be read by an electrical device. One of the most commonly used load cells in daily life is the strain gauge, which can be found in almost all devices that measure weight.

How Does a Load Cell Work? 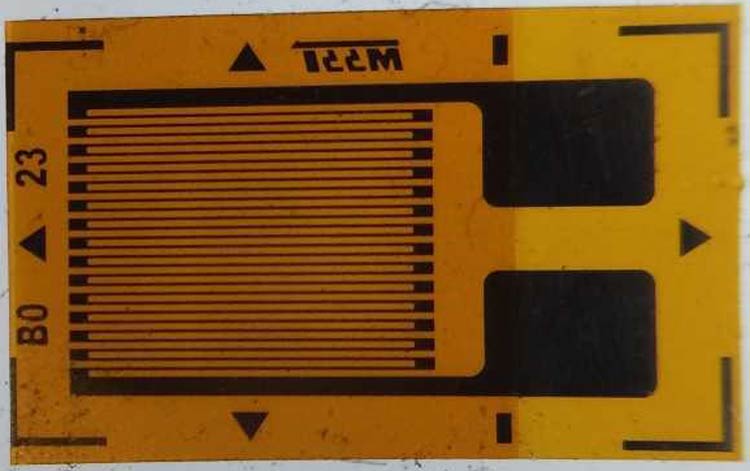 However, the change in resistance is very small compared to the total resistance of the material – typically in the range of 1:100. This makes absolute resistance measurement difficult. For this reason, the resistors formed by the resistive material on the flexible backing are placed in a configuration called a Wheatstone bridge. A Wheatstone bridge (named after Sir Charles Wheatstone, who popularized its usage) is a configuration of resistors in a diamond-like shape, with each side containing a resistor, as shown below. 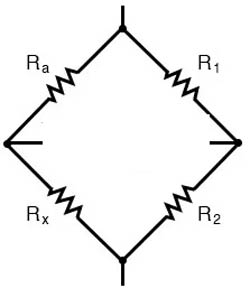 Linked below is an interactive simulation for a Wheatstone bridge.

In the simulation, the bottom right resistor is varied between 9900Ω and 10100Ω, with a 10V excitation voltage, that gives ±25mV on the output.

How To Use a Load Cell?

The output voltage of the load cell is very small and comes from a high-impedance source (the voltage dividers) – for this reason, some signal conditioning must be performed in order to read the voltage accurately. The signal conditioning circuit must have a high input impedance so as to not load the voltage dividers, and also have a high common-mode rejection ratio, since the absolute voltage at each leg is half the excitation voltage, and at the same time, have a high differential gain. This calls for an instrumentation amplifier, which fulfills all the conditions listed above. An example circuit is shown below using the AD620 configured with a gain of 100, meaning for every 1mV input voltage there will be a 100mV output. If the full-scale output of the bridge is ±25mV, for example, the output of the amplifier will be ±2.5V. 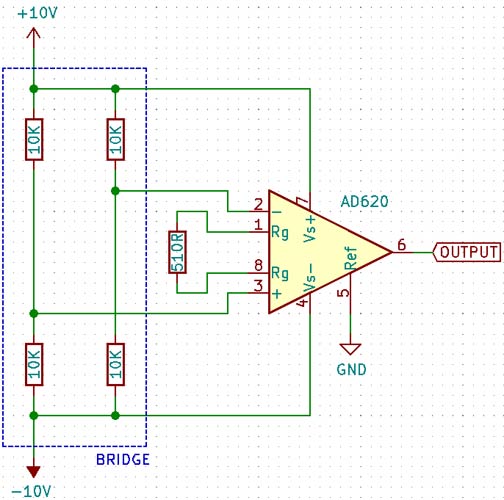 A load cell is a device used to measure force, based on a Wheatstone bridge. It creates a differential output, which can be measured using a differential amplifier.