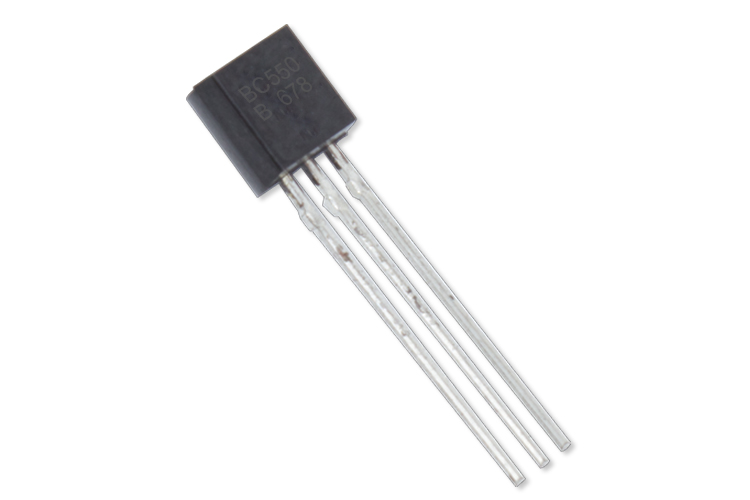 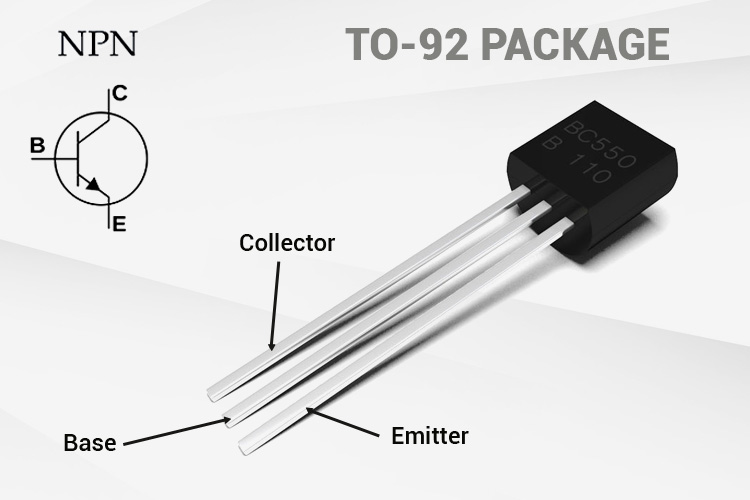 • Available in TO-92 Package

Note: More technical information can be found in the BC550 datasheet, linked at the bottom of this page.

Basic Working of a Transistor

The BC550 Transistor is a general purpose N-P-N transistor, in which N-P-N transistor electrons work as the primary charge carriers that are emitted from the emitter of the transistor to the PN junction. When a positive voltage is applied to the base holes are created to the base so they start migrating to the emitter junction,this process thins out the depletion region from PN junction and more and more electrons start flowing to the and all of those electrons are collected by the collector.

General Description of BC550 Transistor

When this transistor is in biased condition, then it can allow a maximum current of 100mA across CE(Collector Emitter) Junction, this state of the transistor is called the saturation state and driving a load that consumes more current than 100mA may damage the device in this condition. As you already may know a transistor is a current controlled device so when base current is removed the transistor becomes fully off, in this stage the transistor is working in its Cut-off Region and the Base Emitter voltage could be around 660 mV.

How to use BC550 Transistor

Unlike MOSFET’s transistors are current controlled devices, meaning they can be turned on or off by supplying required base current, for the BC550 transistor it is 2mA. BC550 is a NPN transistor that means it will be left open when no current is applied to its base, but when we apply a base voltage the

The simulated circuit below shows how this transistor behaves when a base current is applied to the and when no current is provided to the base. 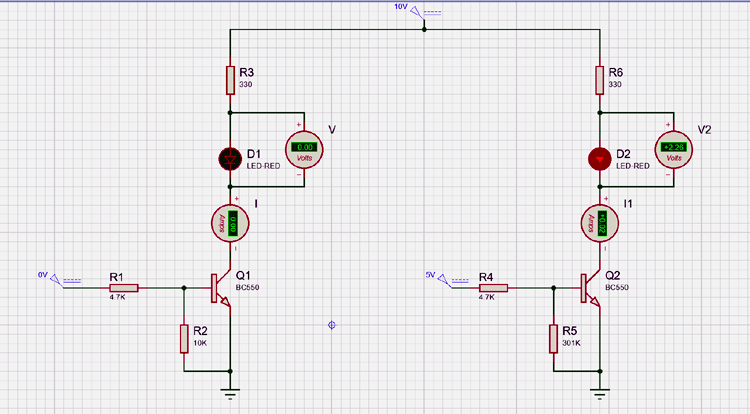 If you are designing some projects that require the measurement of the component hear is a quick look at the dimension of the device, more info can be found in the datasheet of the device linked down below. 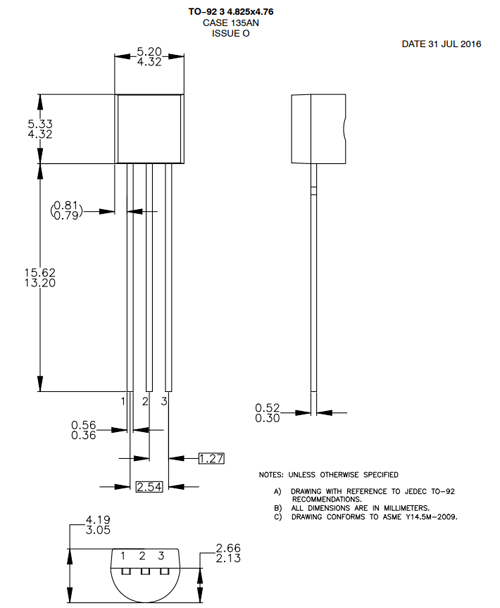