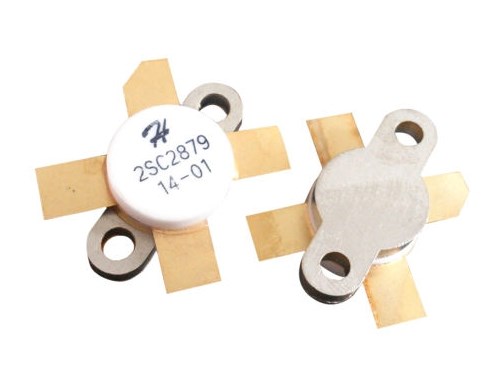 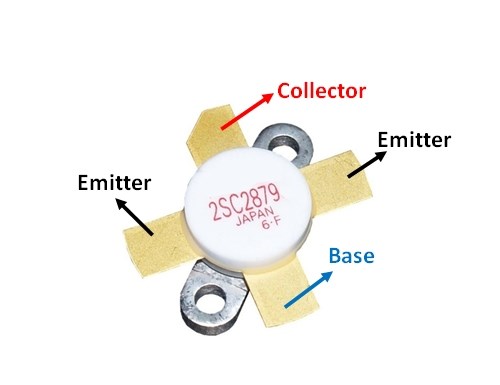 The 2SC2879 is a 45V 25A NPN Transistor that is commonly used for linear power amplifier applications. It is designed to operate between 2-30 MHz at a voltage of 12.5V.

Note: Complete Technical Details can be found at the datasheet give at the end of this page.

The 2SC2879 is an age old transistor that was commonly used in linear RF amplifier designs. The transistor can operate typically at 28MHZ with a maximum specified voltage of 12.5V.  Although the datasheet claims that the transistor has 250W power as output practically designs can achieve only upto 120W. The transistor is rated for 45V with a collector current 25A and low base trigger voltage of 4V, hence can also be used in switching applications, but not much preferred because of its high price.

The transistor was originally released by TOSHIBA, but currently the availability is rare but there are many copies of the same from china. The most popular one is by RF Parts Company which claims to have better characteristics than the original one. You can also check the 2SC2879A transistor which is very similar to this, you can distinguish both the transistor in appearance by spotting on red dot on the 2SC2879A transistor. Also note that these two transistor cannot be mixed in a design since their RF frequency does not match.