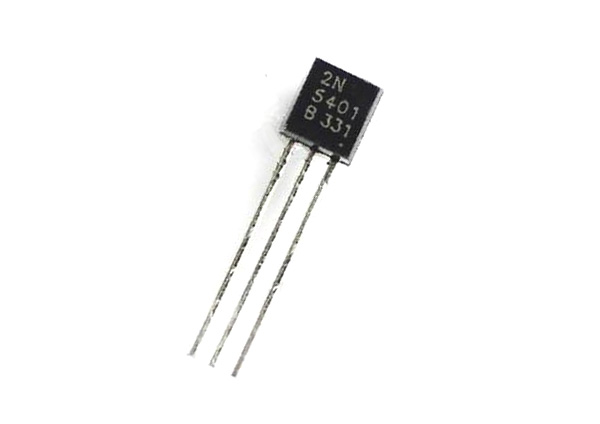 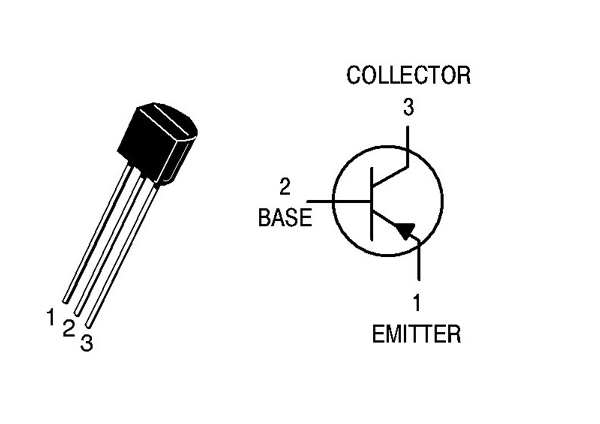 2N5401 is a PNP transistor designed specifically for high voltage - low power switching applications and amplifications. The NPN complementary for the device is 2N5551 and is available in TO-92, SOT54.

2N5401 has three pins like any other transistor namely EMITTER, BASE and COLLECTOR.

2N5401 is specifically designed to be used in high voltage applications where load consumes very less power (i.e. Current drawn by load is low). These types of circuits can be seen in telephone systems. It can also be used when you want a simple switching device for high voltage loads. Also the component is cheap and easy to work with.

2N5401 can be used like any general purpose PNP transistor but for sake of understanding the device working let us consider a simple application circuit as shown below. 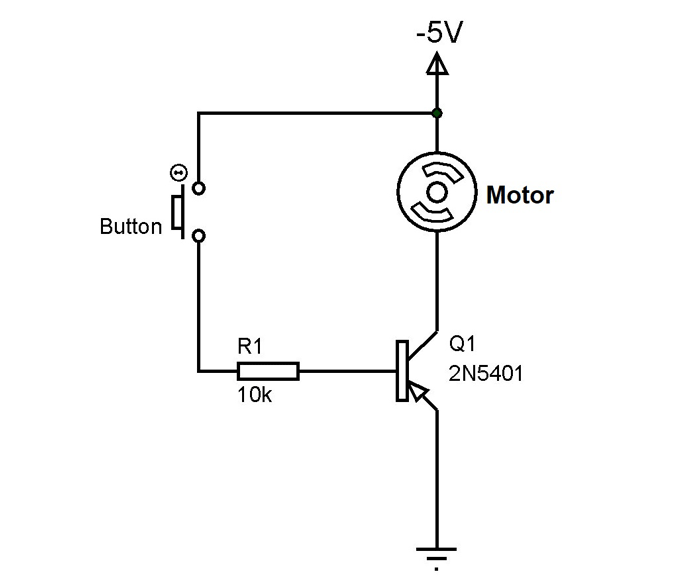 In the above circuit we are using 2N5401 as a simple switching device and the switching load being small DC motor. The button here is for providing the trigger to the transistor and 10KΩ resistor is for limiting the current to base and to avoid breaching maximum voltage allowed at the base. Also as pointed in the comment section belwo, considering the low gain of this transistor, it might be a better idea to use a low value resistor like 100R for R1 to allow more base current. The circuit is powered from a negative voltage source of -5V DC as shown in diagram.

Before going for working let us revise the typical characteristics of a PNP transistor:

In this way we can turn motor ON and OFF by using simple button as a trigger and 2N5401 as switching device. In high speed switching the trigger is provided by microcontroller instead of button.

A 10K resistor will only allow less than 50 micro-amps base current in your example. With a  max gain of 100 you will have no more than 50 milliamps to turn the motor.

The transistor can pass up to 600mA (requires 6mA base current at hFe 100) but if switching a motor you probably want enough base current to achieve saturation, so let's say 20mA. That would be a 250R resistor rather than 10K and I would say that's pretty conservative and use 100R instead.