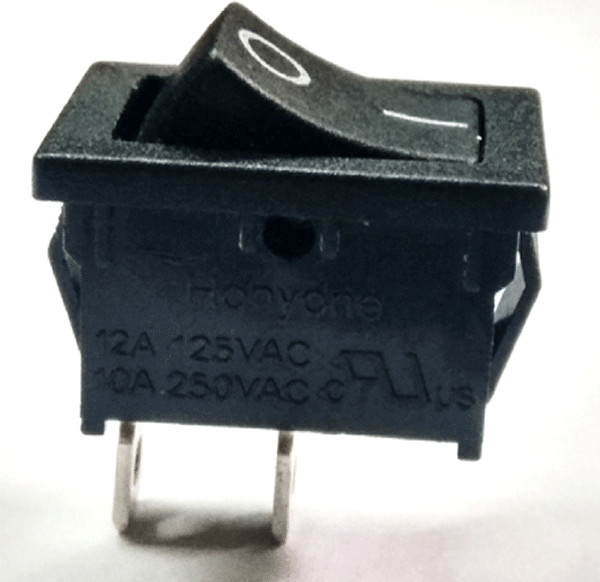 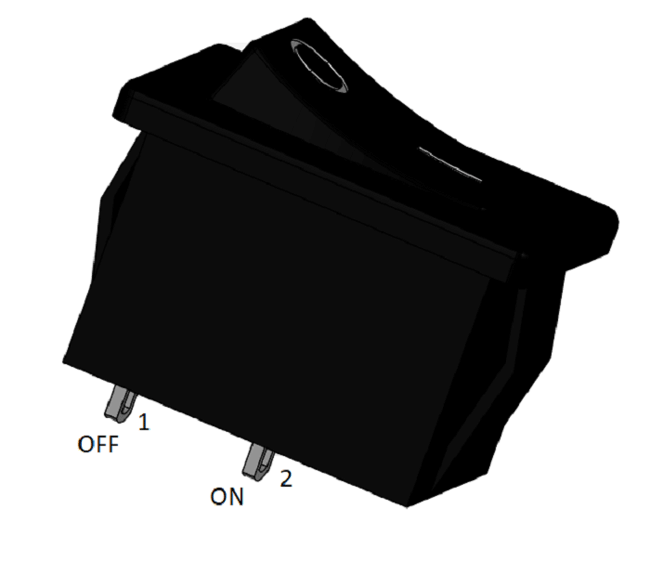 SDDJE series comes with the electrical ratings of 10A 250V AC. They have Operating temperature range of –10 °C to +55 °C. This series of rocker switches have the operating life 10,000 cycles. SPST (single-pole, single-throw) Rocker ON-OFF switch comes with two states of operation, either ON state or OFF state. They come with no marking or various marking on it indicating it’s ON and OFF states. There is H mark made at the input side terminal indicating "high" state at the bottom surface. SDDJE11200 comes with horizontal IO Marking on it. At the I terminal input is given through through the SPST rocker switch and output is connected at the O terminal of the switch. There are Illuminated Rocker switch, When the switch is ON the switch gets lighted up.

Below image shows without and with the standard markings made on Rocker Switches.

How to Use Rocker Switch?