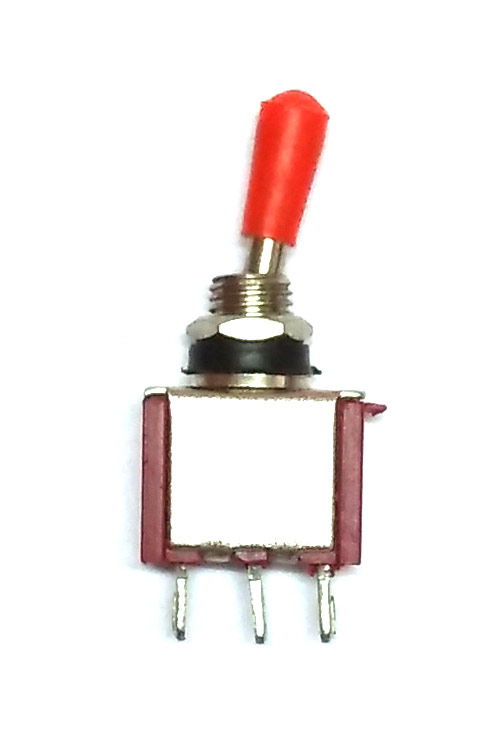 There are four types of switches, classified below:

SPDT Toggle Switch is a three terminal switch, only one is used as input other two are as output. Therefore, we get two outputs, one from COM and A and second is from COM and B, but only one at a time. Mainly it is used in three-way circuit to turn ON/OFF an electrical appliance from two location. 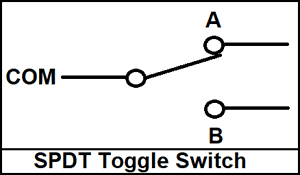 How to Use Toggle Switch?

In the circuit below, the first and second output of are connected to the lamp and motor respectively. Initially, the lamp will glow and motor remain in OFF condition as shown in the circuit. When we toggle the switch the motor turns ON and lamp turns into OFF condition. So, we can control two loads from a single switch. 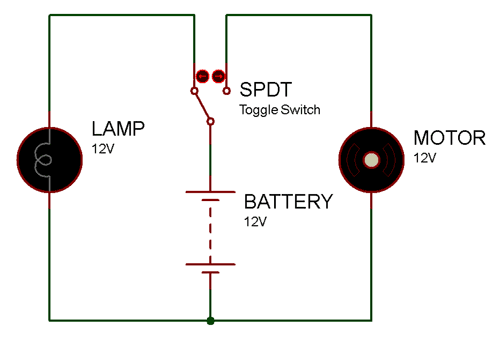 This switch mainly used in making three way switching circuit for the staircase in the homes. Also, for normally controlling loads. 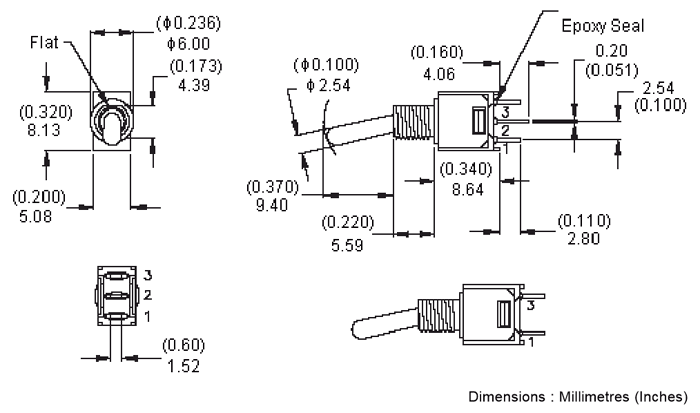