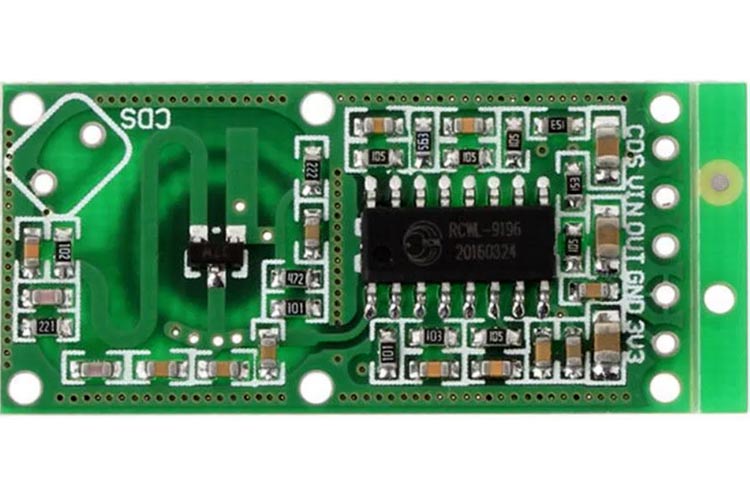 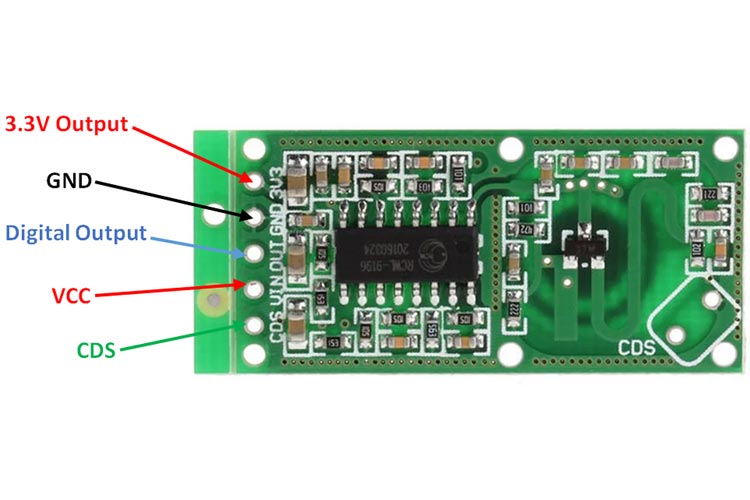 The RCWL0516 Microwave distance sensor uses microwave frequencies in a simple implementation of a Doppler radar. The circuitry inside the chip processes the signal and outputs an analog voltage that is proportional to the distance between the object and sensor.

Components Present on the RCWL0516 Module

The following are the major components present in the module, which will be described later in the article.

Note: Complete technical details can be found in the RCWL-0516 Datasheet linked at the bottom of this page.

The RCWL0516 is a distance sensor that uses microwave frequencies in a simple implementation of a Doppler radar.

The antenna generates and receives radio waves from an object, which is then sent to a mixer. The circuitry inside the chip processes the signal and outputs an analog voltage that is proportional to the distance between the object and sensor.

RCWL0516 IC, which is a complete RF Doppler system in a chip is the heart of the module. The peripheral components act as power supply decoupling and filtering and set operating points. The RF section consists of a high-speed NPN transistor Q1, which forms a Colpitts oscillator. The antenna is a trace on the PCB.

The transistor Q1 also acts as a mixer that combines the transmitted and received signal and outputs the difference which is filtered by the low pass filter formed by C9 and R8, and is amplified by the IC. This signal can be treated the same way as the signal from a PIR sensor. 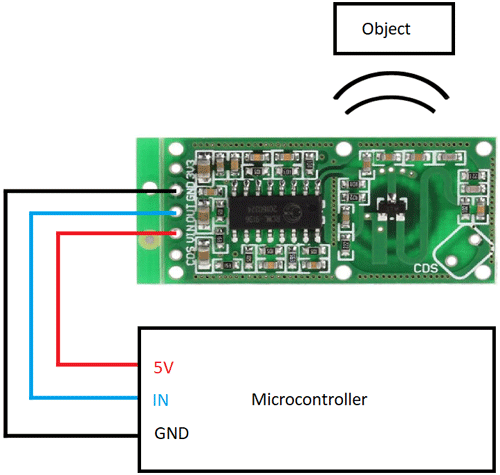 The output of the RCWL0516 sensor is analog and can be connected to an analog input of a microcontroller and sampled by an ADC. The output voltage is roughly proportional to the distance between the sensor and the object. However, since it relies on a Doppler radar system, signal reflections from other nearby objects can interfere with the measurement, making it less reliable and accurate than other kinds of sensors. The reflections from different kinds of objects can also influence measurements, for example, metallic objects have a stronger reflection than plastic objects.

2D Model of The Module

The dimensions of RCWL0516 are given below to help you with selecting the right PCB footprint for RCWL0516. 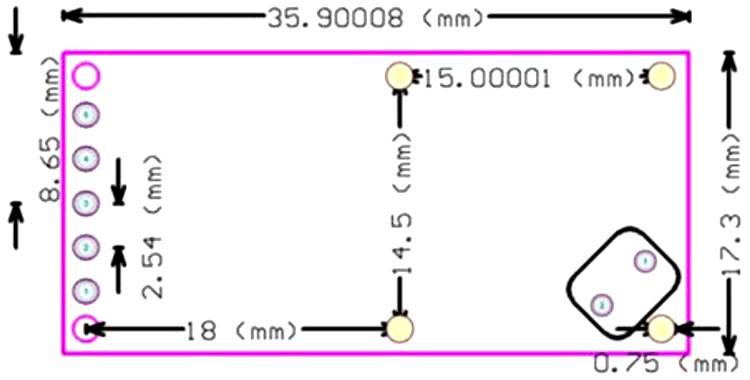