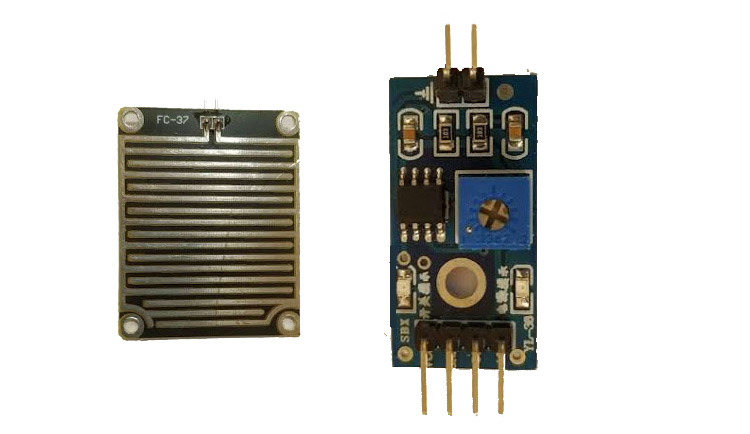 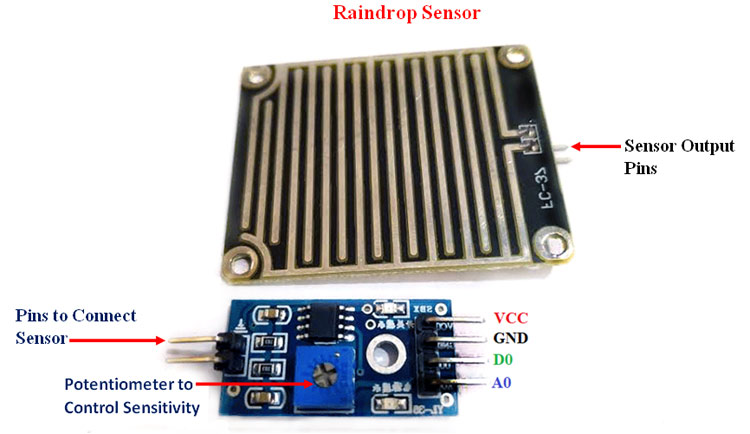 Raindrop Sensor is a tool used for sensing rain. It consists of two modules, a rain board that detects the rain and a control module, which compares the analog value, and converts it to a digital value. The raindrop sensors can be used in the automobile sector to control the windshield wipers automatically, in the agriculture sector to sense rain and it is also used in home automation systems.

Note: The complete technical details can be found in the Rain Sensor datasheet given at the bottom of this page.

How to use Raindrop sensor: 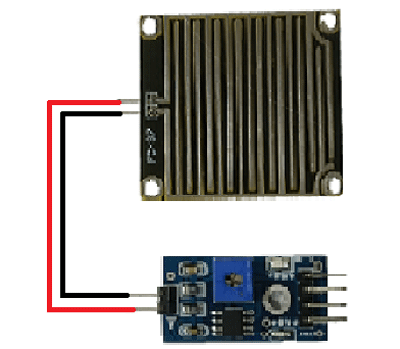 The control module of the raindrop sensor has 4 outputs. VCC is connected to a 5V supply. The GND pin of the module is connected to the ground. The D0 pin is connected to the digital pin of the microcontroller for digital output or the analog pin can be used. To use the analog output, the A0 pin can be connected to the ADC pin of a microcontroller. In the case of Arduino, it has 6 ADC pins, so we can use any of the 6 pins directly without using an ADC converter. The sensor module consists of a potentiometer, LN393 comparator, LEDs, capacitors and resistors. The pinout image above shows the components of the control module. The rainboard module consists of copper tracks, which act as a variable resistor. Its resistance varies with respect to the wetness on the rainboard.  The below fig shows the rain board module. 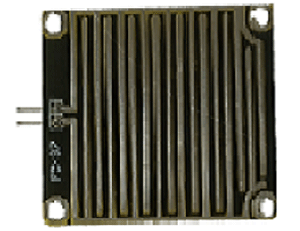 The circuit diagram of a raindrop sensor module is given below. 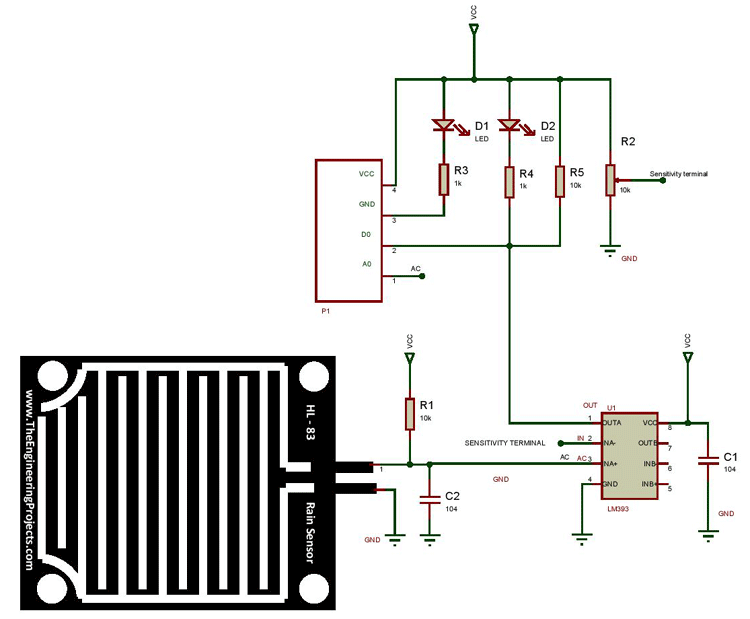 The input to the inverting terminal of the LM393 is taken from the potentiometer (R2). The R2 resistor acts as a voltage divider, and by varying R2 we can vary the input voltage to the inverting terminal, which in turn affects the sensitivity of the control module.  The connections are shown in the above fig. The resistors R3 and R4 will act as current limiting resistors, while resistor R5 will act as a pull-up resistor to keep the bus in a high state when not in use. 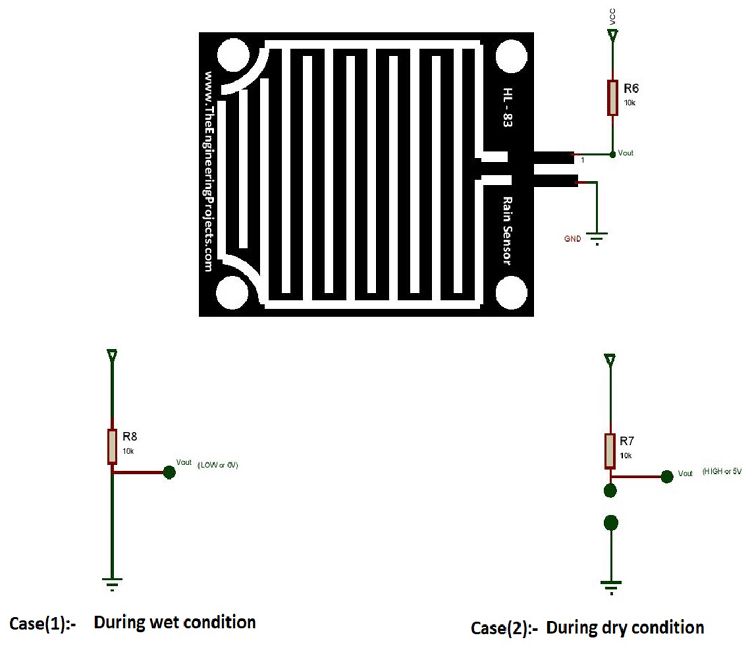 When the A0 pin is connected to the microcontroller, an additional analog to digital converter (ADC) circuit is used. In the case of Arduino, it consists of 6 ADC pins, which can be directly used for calculation purposes.