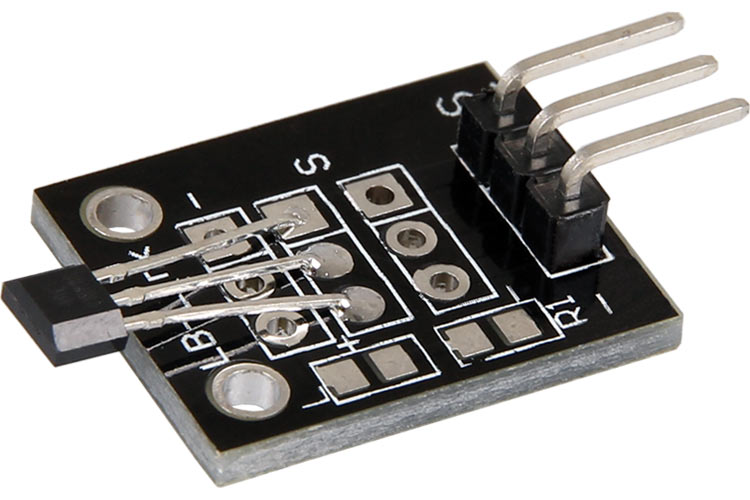 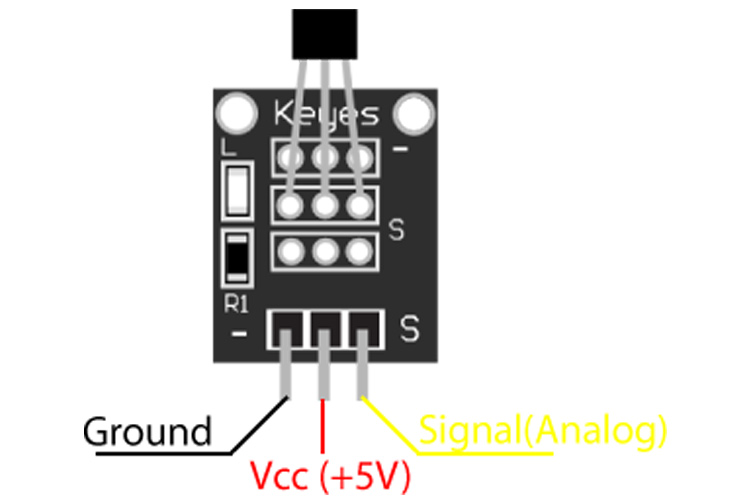 KY-035 is a hall magnetic sensor module that houses an AH49E linear hall effect device that is operated with a help of a magnetic source. The module varies the output voltage, which is generally set by the input supply voltage and varies in proportion to the strength of the magnetic field around the sensor.

Here are some basic features and specifications of the magnetic sensor.

Some equivalent sensor modules to KY-035-

Note: More technical information can be found in the KY-035 Datasheet linked at the bottom of this page. 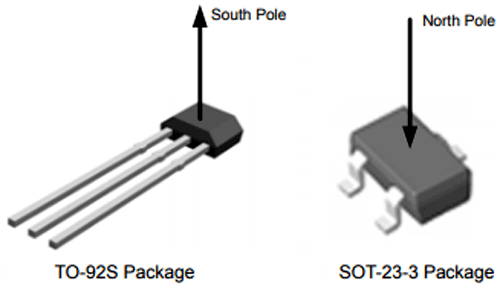 Connections of KY-035 with Microcontroller

The connections from the KY-035 magnetic sensor to the Arduino microcontroller are pretty simple. The module has 3 output points; Power, Ground, and Signal. 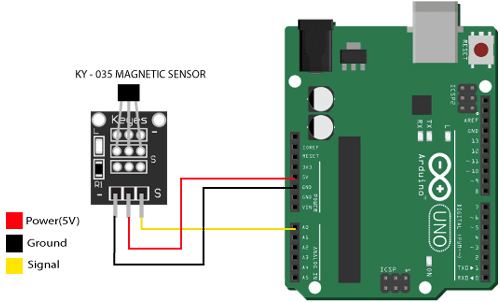 Here are some of the application where KY-035 magnetic sensor come into use: