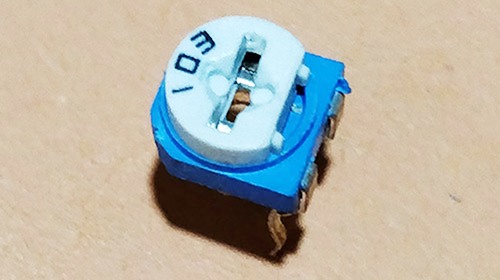 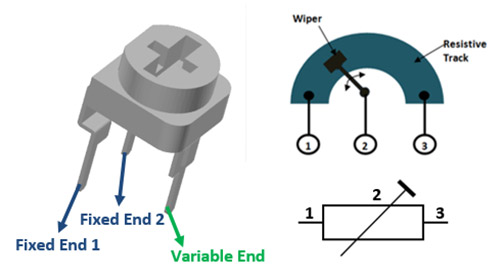 A Trimpot is another type of potentiometer that comes in small package. It has three leads and can be easily mounted on breadboard or perf board for quick prototyping. The value of the pot can changed by varying the knob on top of it.

Note: Complete Technical Details can be found at the trimpot datasheet given at the end of this page.

Difference between a Preset Pot and Normal Potentiometer

Preset pots and potentiometer almost work like the same, but they both have totally different applications. The preset pot comes in small package and can be mounted on the PCB or perf board. Due to its small size the power rating is also less than knob type potentiometers.

These potentiometers are not meant to be controlled by users. They are used by engineers to fine tune or calibrate the design after the fabrication is complete. Once calibrated to right value, these pots will no longer be used to vary the resistance and acts like normal resistors.  This is why they have low rotation life of only turns.

The value of a preset potentiometer will be written on top of it in three digits, something similar to ceramic capacitors. The first two digits is the actual value and the 3rd digit has to be taken to the power of ten. For example in digits  202, the first two digits 20 is taken as such and the 3rd digit is taken to the power of 10. So it becomes 20×102 which becomes 2000 which is nothing but 2K potentiometer. The below table lists all the possible values. 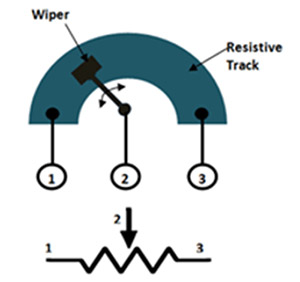