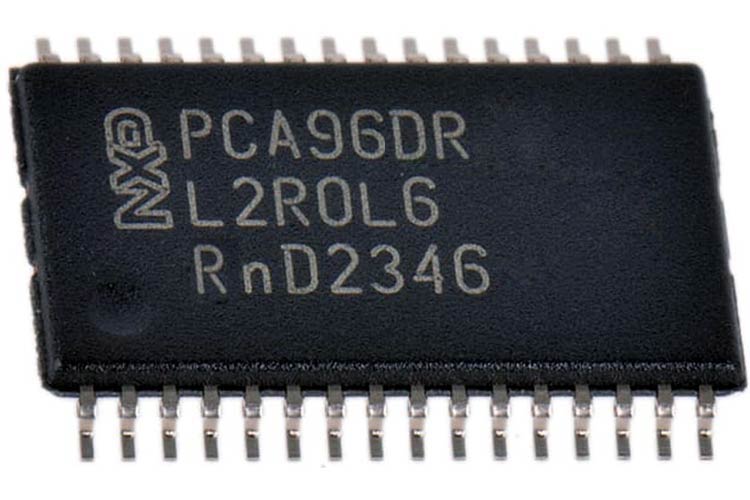 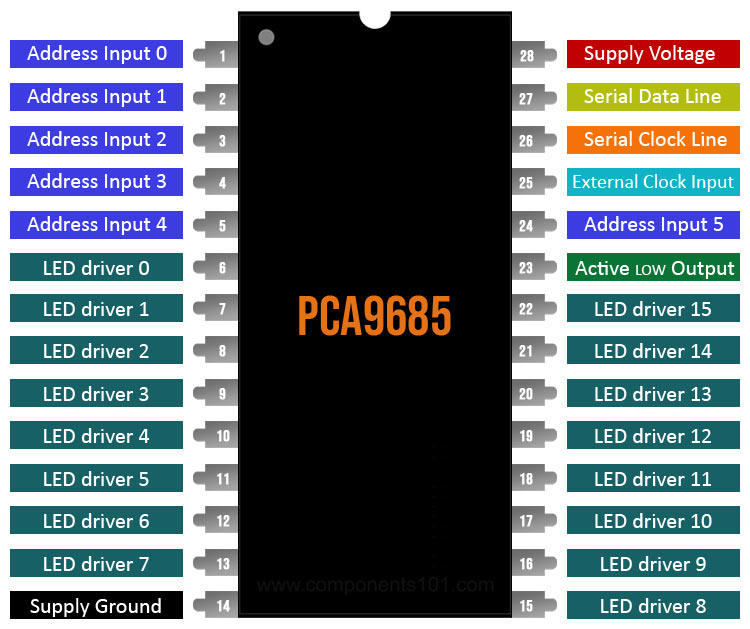 The PCA9685 is an I2C-bus controlled 16-channel LED controller optimized for Red/Green/Blue/Amber (RGBA) color backlighting applications. Each LED output has its own 12-bit resolution (4096 steps) fixed frequency individual PWM controller that operates at a programmable frequency from a typical of 24Hz to 1526Hz with a duty cycle that is adjustable from 0% to 100% to allow the LED to be set to a specific brightness value. All outputs are set to the same PWM frequency. 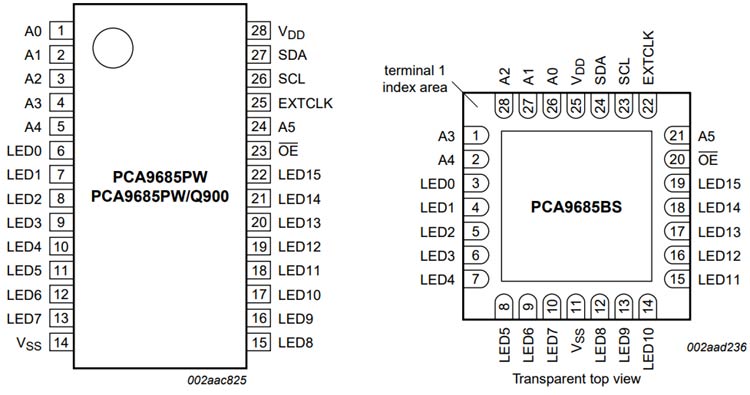 Note: Complete technical details about this IC can be found in the PCA9685 datasheet at the end of the page.

How to use PCA9685 PWM LED Controller IC

Using the PCA9685 IC is very simple as it uses an I2C bus to communicate between devices, for clarification the block diagram of the device is shown below, 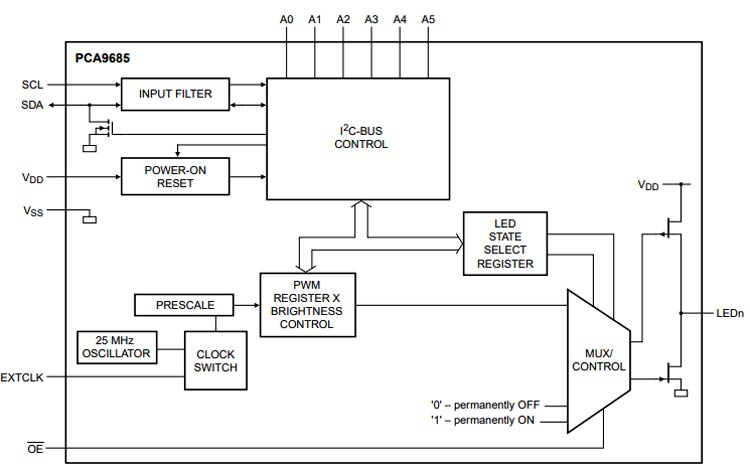 As you can see from the above image you have your SCL and SDA line for communication, which obviously you need to use two pullup resistors as the device does not feature internal pullup resistors. Also, you have your A0 to A5 address lines that are used to set the I2C address of the device, the device also has the option to operate the with external clock or we can do that with an internal clock. For more information on I2C, its addresses and other requirements do checkout the datasheet linked down below.

If you are designing a PCB with this component then the following picture from the Datasheet will be useful to know its package type and dimensions. 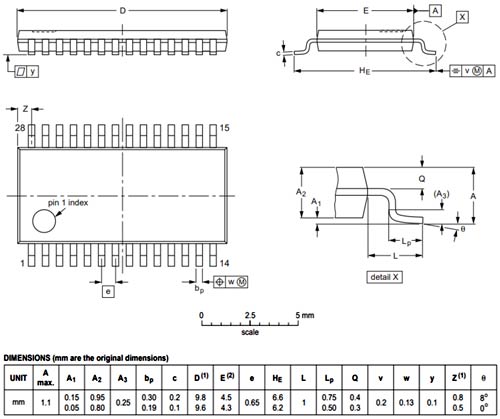