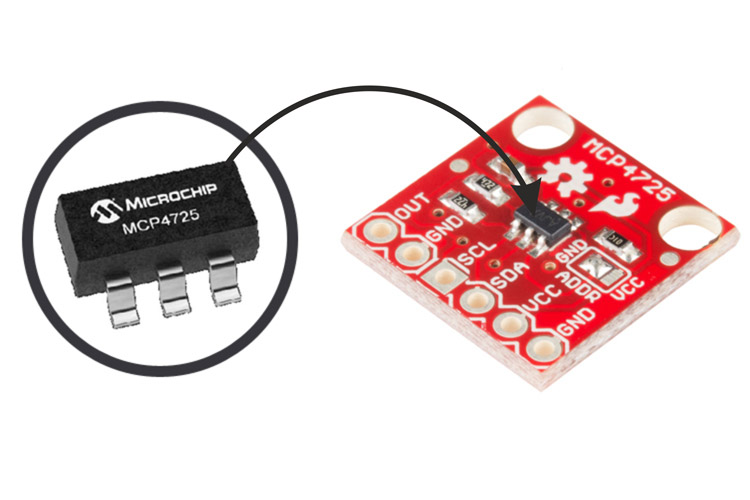 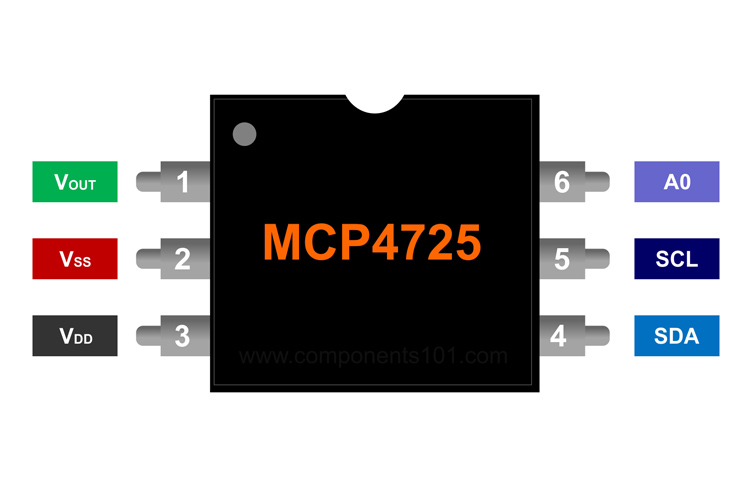 MCP4725 IC from Microchip Technology, is a Single Channel, 12-Bit Digital-to-Analog Converter with integrated EEPROM and an I2C Compatible Serial Interface which is compact in size and has a small footprint. MCP4725 basically converts digital value into analog output voltage. Using MCP4725, we can generally get very precise output voltages. MCP4725 is the most used DAC with Arduino boards. MCP4725 uses I2C communication to connect with Arduino boards.

Vout pin is used to collect the analog output. VSS is also the Ground Pin. The DAC reference is driven from VDD. SDA and SCL data pin and clock pin for I2C interface respectively. The A0 pin can be connected to VDD (GND) or VSS (+5V or +3V) according to users’ application.

Note: More technical specifications about MCP4725 Digital to Analog Converter IC can be found in the MCP4725 datasheet attached at the end of this page.

Working or Concept behind MCP4725 IC 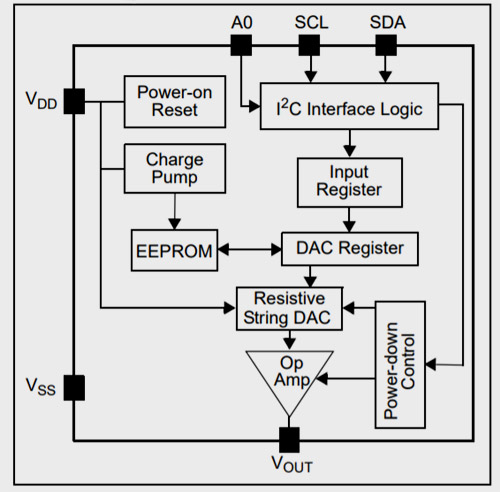 MCP4725 breakout board Interfacing with Arduino 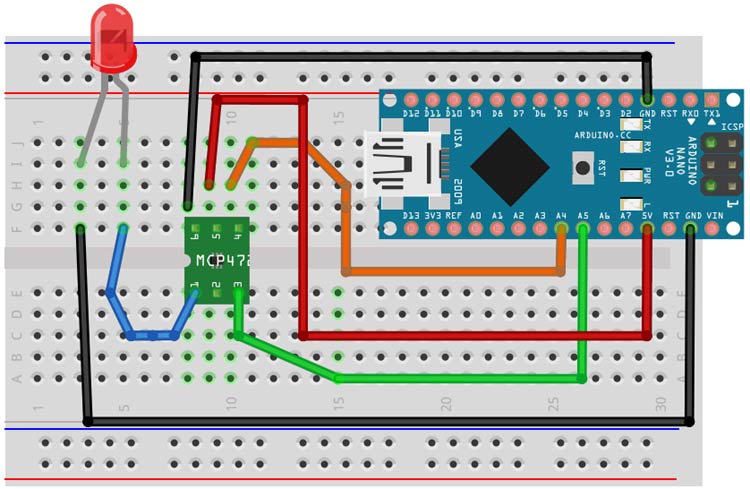 Since the DAC uses I2C, the two-pin interface that can give up to 127 unique sensors attached (each must have a different ADDRESS).

You can alter the I2C address with A0. The address is hex 0x62 by default (nothing linked to A0). The address of A0 when connected to VDD is 0x63. This enables you to connect two DAC boards to the same SDA/SCL I2C bus pins.

VOUT is the DAC's output voltage. Where the DAC value is 0, the voltage will range from 0V to VDD (when the DAC 'value' is the maximum 12-bit number: 0xFFF). Connect this pin to the positive pin of the LED

Finally connect the LED cathode to the Common ground pin.

Upload the given code and after running the code, you can see that the output voltage increases linearly from 0V to 5V DC. This is indicated when the brightness of the LED is linearly increased.

Where to use MCP4725 Digital to Analog Converter IC

MCP4725 is basically a 12 bit Digital to Analog convertor. It is used along with Arduino boards usually because Arduino boards come with built-in ADC but not DAC. Hence, these DACs are used wherever we need a constant analog output. Because of higher (12 bit) resolution provided by MCP4725, it’s very commonly used. It’s small footprint and easy to use features make it very popular. A list of applications of MCP4725 is listed below, although the commonly used area is where PWM signals can’t be generated, where sine wave is required, in dealing with audio projects. 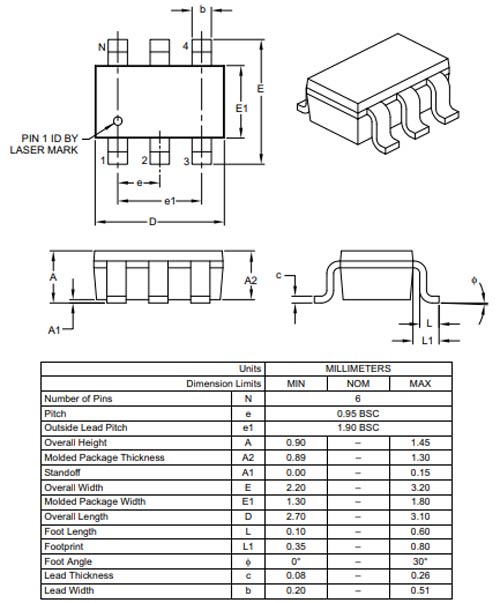