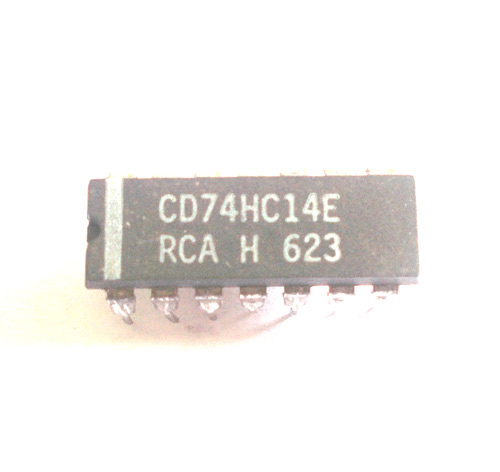 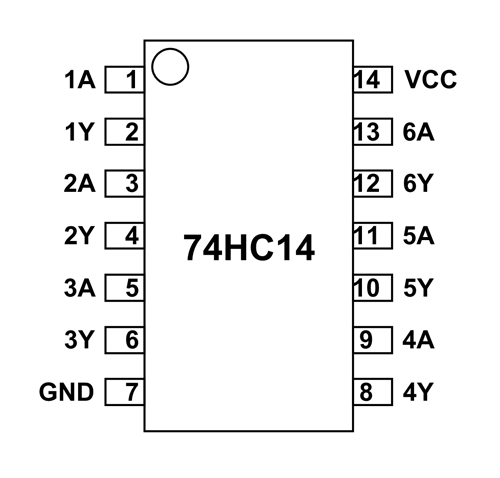 As shown in the 74HC14 Pinout, it is a 14 PIN device which will be available in various packages choose the appropriate package depending on requirement. The description for each pin is given below.

For understanding the use of 74HC14 consider:

Case2: When you want logic inverter. Inverter Schmitt triggers in this chip can provide output which is negated logic input. This chip gates can be used to get inverted logics for controllers or digital electronics.

With multiple gates and fast output the 74HC14 usage is further promoted.

As mentioned earlier 74HC14 has six INVERTING SCHMITT TRIGGER GATES which can be used as six individual gates. The simplified internal structure can be given as below. 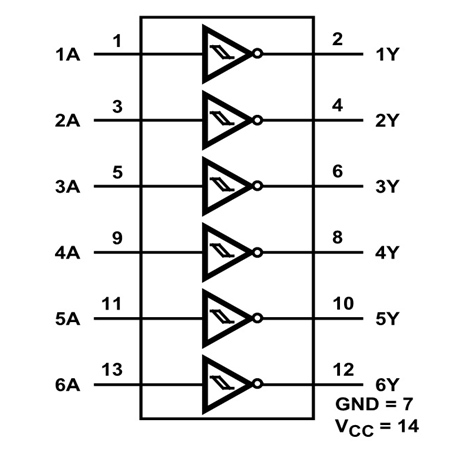 Now for understanding the usage of gate let us pick a single gate and connect the power to chip. Also Also provide an analog signal at the input. 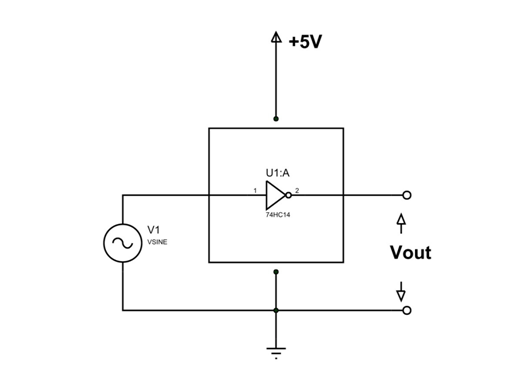 As shown in circuit, we are giving a sinusoidal wave at the input and taking Vout as output of gate. Once we draw the input and output graph we will have something like this. 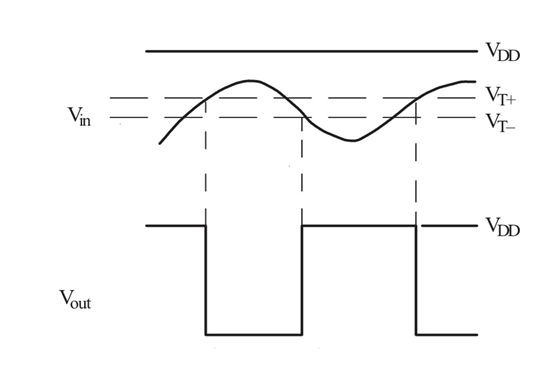 As shown in graph, we can see when the sinusoidal signal is given as input we will have square wave output. We can use each gate like this to get the desired output.

The gates in 74HC14 take some time to provide output to the given input.  This time delays are called switching times. Each gate will take time to turn ON and OFF. For understanding this better let us consider the switching diagram of a gate. 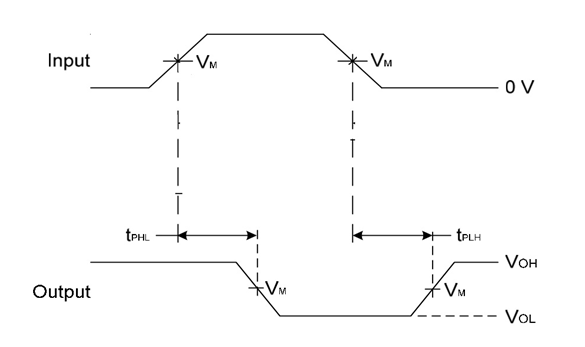 There are two delays which happen when switching. These two parameters are RISETIME ( ) and FALLTIME ( ).

In the graph, VoH goes LOW when INPUT reaches a threshold and VoH goes HIGH when INPUT goes lower than threshold voltage. In another sense it is the output voltage.

As you can see in the graph there is time delay between LOGIC INPUT going HIGH and VoH going LOW. This delay in providing response is called RISETIME ( ). The RISETIME ( ) is 95ns.

Similarly in the graph there is time delay between LOGIC INPUT going LOW and VoH going HIGH at the OUTPUT. This delay in providing response is called FALLTIME ( ). The FALLTIME () is 95ns.

Total is 192ns for each cycle. These delays must be considered at higher frequencies otherwise we will have major errors. Also there will be false triggering and noise beyond operating frequencies.